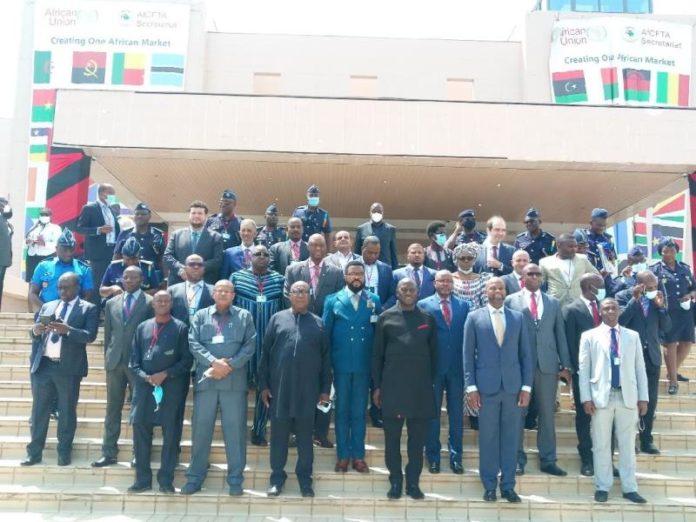 He said it would be prudent for Customs Administrations on the continent to have additional resources in performing their roles diligently.

Mr Owusu-Amoah said this in a speech read on his behalf at the first AfCFTA Meeting of Directors-General/Heads of Customs Administrations in Accra.

He said as the time for implementation of the Agreement drew closer, there was the need for clear policy direction on the uniform application of customs provisions in the agreement by State Parties.

Mr Owusu-Amoah said Ghana was proud to host the Secretariat and that the nation was committed to ensuring the goals and objectives of AfCFTA were achieved.

He said since March 2016 till now customs and trade experts had been meeting to develop protocol, annexes and appendices to the framework agreement for the ultimate take-off of AfCFTA, adding it was time to operationalize whatever had been developed on AfCFTA.

“We in Ghana Revenue Authority and Customs Division, in particular, are ready for the implementation of customs-related annexes and appendices of the Protocol on trade in goods,” he said.

He said the GRA had developed a Strategic plan – ‘Roadmap to Excellence’ with a revised vision and its underpinning five strategic pillars of Grow revenue, improve customs and domestic tax compliance, Leverage technology, enhance administrative efficiency and develop and build a performance-driven motivated professional staff.

He said Ghana was ready to harness these strategic pillars to achieve the goals and objectives of AfCFTA.

He stressed that the traditional role of customs as a revenue mobilization agency was fast waning into trade facilitation and trade promotion in line with modern trade practices.

Mr Owusu-Amoah said these roles were equally important to their national development since this could cascade into increasing revenue in the domestic tax mobilization if the trade was facilitated.

Mr Wamkele Mene, AfCFTA Secretary-General, thanked the Government of Ghana for hosting the Secretariat, stating that the Government had provided all the support and the facilities that they required to start their work.

He said the agreement that established the AfCFTA made provisions for a Committee of Heads of Customs, who would be playing an advisory role to the AU Council of Ministers of Trade.

He said despite the COVID-19 pandemic, they would make sure that the AfCFTA implementation starts from January 1, 2021.

Mr Kunio Mikuriya, Secretary-General, World Customs Organisation (WCO), in a virtual address, said over the years the WCO had worked with the AU and its Directors-General/Heads of Customs Administrations in support of the AfCFTA project because it represented the hope of the continent in bringing stability and prosperity at the boarders.

“Boarders have divided the African continent but they are now expected to connect the families and people by boosting intra-African trade,” he said.