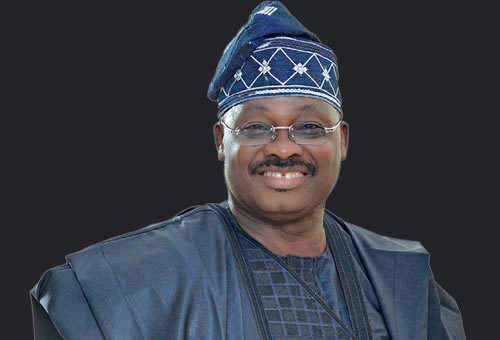 The National Executive Council and Members of LAUTECH Alumni Association has congratulated Governor Abiola Ajimobi of Oyo State on his re-election for a 2nd term in Office.

In a congratulatory message signed by the National President, Mr. Jide Bewaji and the National General Secretary, Alhaji K. K. Oloso, the Alumni Association posited that the Governor?s re-election was well deserved, owing to his administrative?s sterling performance in governing the state between 2011 and 2015 which remains indelible in the hearts of the electorates of Oyo State.

?The Governor displayed administrative acumen in restoring peace, tranquility and security to every part of the state, which our own LAUTECH was not an exception. He also transformed every sector of the state?s economy, making Oyo a proud one in the comity of states in Nigeria. Consequently, he became the first governor to be re-elected to office in the entire history of the State since creation, breaking an age-long jinx?

LAUTECH Alumni also noted that Governor Ajimobi?s term as a visitor to Ladoke Akintola University of Technology, Ogbomosho heralded massive development for the Institution. ?Since his inauguration in 2011, the governor has shown an unparralled commitment to ensure that the quality of education offered by the University can compete with those offered in the western World?.

They further enjoined the Governor not to relent his efforts to bring good governance to the people of the Oyo State and to continue in his drive to further catapult LAUTECH into an enviable height in the comity of higher institutions in Nigeria and Africa at large.

Ya-Na congratulates PM Mia Mottley and the people of Barbados