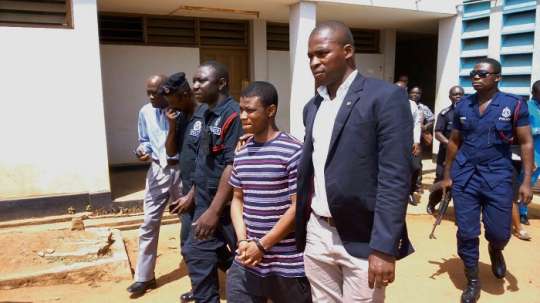 Daniel Asiedu, aka, Sexy Dondon, the prime suspect allegedly involved in the murder of J.B. Danquah Adu, Member of Parliament for Abuakwa North, has pleaded not guilty to conspiracy, robbery and murder.

His accomplice, Vincent Bossu, aka, Junior Agogo, a trader, also denied the charge of conspiracy before an Accra High Court.

The two accused persons are being held for their alleged involvement in the gruesome murder of the late Legislature at his residence at Shaishie, Accra, on February 8, 2016.

The Court, presided over by Mrs. Justice Lydia Osei-Marfo, successfully empaneled a seven-member jury for the commencement of the trial, but the prosecution said it was getting more information and documents on the case.

The matter has been adjourned to March 16, 2021, for case management conference and pre-trial conference.

The Court is also expected to hear addresses from lawyers for the republic and the defence team.

The Accused persons have been held over the past five years and have been on remand.

The Court has made several attempts to have the trial begin with challenges of the Accused persons not getting lawyers.

Asiedu in some instances had prayed the Court to offer him lawyers from International Court of Justice.

The Court got them a lawyer, Mr. Augustines Obuor, from Legal Aid, but the lawyer withdrew his services after four years, saying, Asiedu had told the whole world including jurors, on social media that, he was guilty of the offence.

Following the withdrawal of Mr. Obuor’s services, the Court got another lawyer, Mr. Yaw Danquah, also from Legal Aid for the Accused persons.

When the matter was called today at the High Court, Mr. Danquah indicated that he and two other lawyers were being led by Mr. George Asamaning, for the Accused persons.