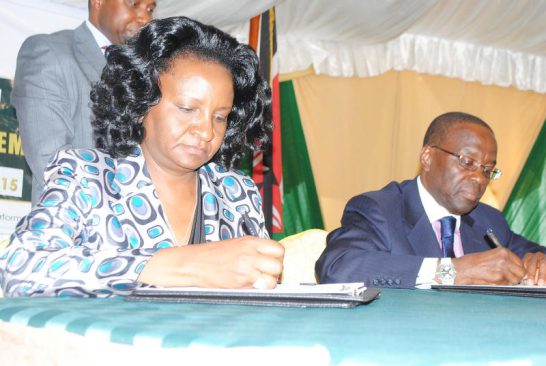 The decision by Chief Registrar Anne Amadi will see litigants who won or lost their cases apply afresh for their matters to be heard after it was discovered that the tribunal?s chair was in office illegally.

Mr Timothy Kariuki?s term expired on June 26 but he has been handling matters touching on co-operative societies as the tribunal?s chair. In the letter, Amadi said Kariuki had already been notified to stop sitting in the tribunal until the Judicial Service Commission deliberates his fate.

?The terms of service of Mr T M Kariuki expired on June 26, 2015 and has been notified accordingly. Any proceedings before the said officer after the expiry of his term are null and void,? the letter dated July 7, 2015 reads in part.

The Registrar?s letter has cast doubt on the viability of cases handled and determined by Kariuki from when his term expired. The tribunal is already rocked by internal wrangles with some of its members accusing Kariuki of disregarding them in decision making.

The altercations between the tribunal officials had already spilled to the High Court and threatened to cripple the operations of the institution. The letter by Amadi has created uncertainty with questions on whether the tribunal can operate without the chairman and the requisite number of members stipulated by the law.

At the High Court, Kariuki?s deputy, Ms Beatrice Mathenge and two members, Rahma Adan Jillo and George Otieno said they had been kicked out of the tribunal despite Justice George Odunga?s orders that the status quo be maintained.

The three through their lawyer Dancun Anzala told the court the chairman decided to lock them out of meetings on January 27 this year.

By Kamau Muthoni, The Standard