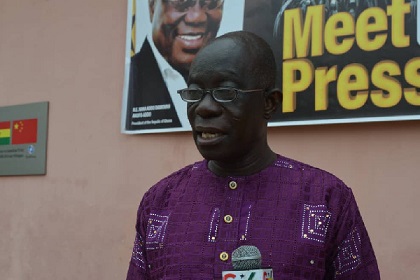 Mr Samuel Adu Gyamfi, the President’s nominee for Aowin Municipality in the Western North Region, has been endorsed by the Assembly members.

Mr Adu Gyamfi, who was among the Metropolitan, Municipal and District Chief Executives (MMDCE’s) in President Nana Addo Dankwa Akufo-Addo’s previous administration, polled all the 28 votes cast, representing 100 per cent.

Mr Adu Gyamfi expressed appreciation to the President for the confidence reposed in him and thanked the assembly members for the opportunity to serve the citizens of Aowin Municipality.

He promised to work closely with all stakeholders within the municipality to speed up development in every electoral area.

He pledged to present twenty desks each to all the 28 assembly members in Aowin Municipality as part of his “One-Child One-Desk” project to provide furniture for pupils and students in the Region.