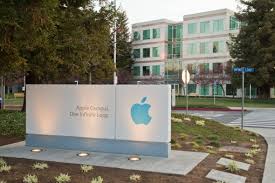 Along with the new iPhone 7, which will be available for pre-order on Friday and for delivery starting a week later, Apple said at an event in San Francisco, northern California, that it had upgraded its smart watch, known as Apple Watch, to be water resistant.

However, away from its description in the initial offering of the watch nearly two years ago, when Chief Executive Officer Tim Cook called the product “a collection,” Apple renamed the previous version “Series 1” and the new wearable “Series 2”, which includes global positioning system (GPS) function.

Apple Watch, once expected to catch up with the popularity enjoyed by iPhone, has extended its working with luxury brand Hermes and sports brand Nike by highlighting features of the two brand names.

About the iPhone, the new series has a new A10 central processing unit (CPU) chip with 4 cores to run hardware and software operations, improved battery life that is claimed to last two more hours on average than iPhone 6.

Significant changes to the hardware include the elimination of headphone jack; the introduction of AirPod, a wireless headphone with 5 hours of battery life on each charge; the two speakers imbedded to replay stereo sound; and the camera with a wide-angel lens and a telephoto lens to better suit different situations.

Compared with previous Apple events of the kind, the technology company headquartered in Cupertino, south of San Francisco, brought fewer executives onto the stage, and the response seemed to be less enthusiastic off the stage.

Cook, like in the past five years, did speak as a host at the two-hour event on Wednesday, but he and other Apple officials did not mention the company’s other products, which include iPad tablet and MacBook notebook and Macintosh desktop computers.

In a video clip shown at the beginning of the event, Cook seemed to be in the passenger seat of a vehicle and on the way to Bill Graham Civic Auditorium, San Francisco, where the event was held, and the driver talked about the security of iPhone 7 and called it the best. Cook agreed. But he did not discussed the topic once within the auditorium.

Apple has bragged about security features of its products, especially iPhone. Earlier this year, when it refused to work with the Federal Bureau of Investigation (FBI) to access an iPhone 5c used by one of the two gunmen in the San Bernardino, California, terror attack on December 2, 2015, Cook opened his speech at a similar event in late March by talking about data security.

“We believe strongly that we have a responsibility to help you protect your data and protect your privacy,” he said then.

However, the U.S. Department of Justice (DOJ), which runs the FBI, on the same day scraped its request for Apple’s assistance at a federal court and said a week later it had retrieved the data from the phone in question.

In the months thereafter, there have been reports about vulnerabilities in iPhone’s operating system iOS that could expose users to hackers. Endit

China, Africa working with each other along path of win-win cooperation, common development

Iconic trees along Graphic Road Dying Due to Excess Pollution

50 boreholes to be drilled along Eastern Corridor