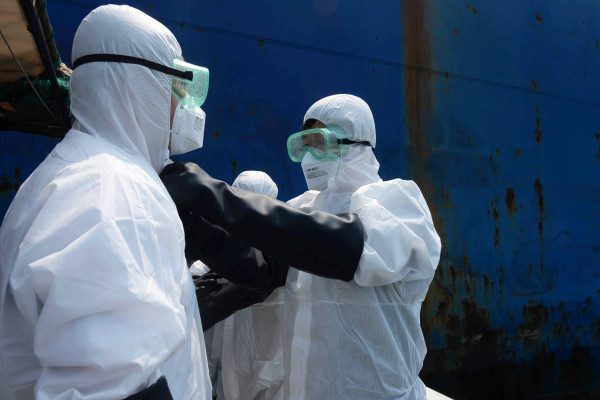 The Asante-Akim South District Assembly has stepped up its efforts at protecting the area from the viral haemorrhagic Ebola fever which had hit some countries in the West African sub-region. As part of this, it has set up an epidemic response team to tackle any reported case of the infection that has created global anxiety.
The assembly has also directed the District Health Director, Mr Danso Yeboah, to come up with an action plan for extensive public education on the deadliest disease known to affect humans.
It said it is ready to provide the needed funding for the activity.
At a meeting chaired by the District Chief Executive (DCE), Mr De-graft Fokuo at Juaso to strategize on how to manage the infection in the event of an outbreak, Mr Danso said they were not leaving anything to chance.
Already 80 health workers in the district have been given training on prevention and proper management of the disease.
` Besides, staff of the health service working at the sub-district level have been adequately sensitized to educate people attending the Out Patients Department (OPD) of the facilities and during outreach programmes.
All hospitals, health centres and clinics have also been asked to set up isolation places where people, showing signs of the disease would be kept.
Mr Fokuo expressed satisfaction with the measures put in place and called for all to remain alert and to cooperate with the health workers.