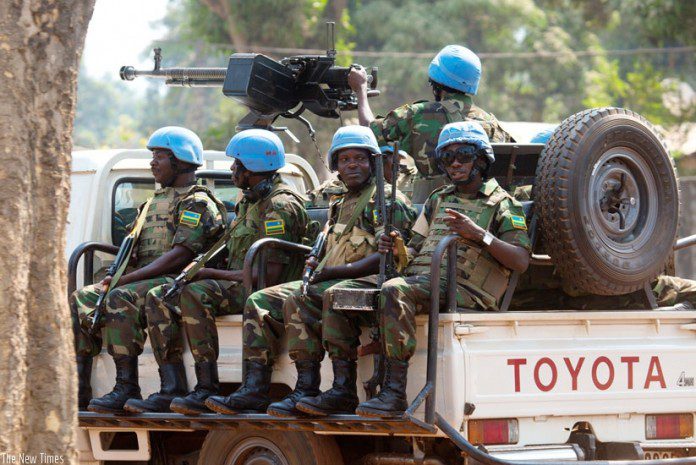 “The AU condemns in the strongest terms yet another appalling terrorist attack against UN peacekeepers serving in Mali,” Mahamat said in a Twitter post. “My sincere condolences to the families of the two Egyptian peacekeepers who paid the ultimate sacrifice. My prayers for a full recovery to their comrades.”

The UN Secretary-General Antonio Guterres on Friday condemned the killing of two Egyptian members of the UN peacekeeping mission in Mali, a UN spokesman said.

Two other peacekeepers were injured when their armored personnel carrier hit an improvised explosive device outside of the town of Douentza, in the Mopti region of central Mali, said Stephane Dujarric, the chief spokesman for Guterres.

Since May 22, there have been six attacks on UN mission convoys, the spokesman said. A terrorist assault on a convoy near the town of Kidal, in the northern part of Mali, killed a Jordanian peacekeeper and injured three colleagues Wednesday. Enditem