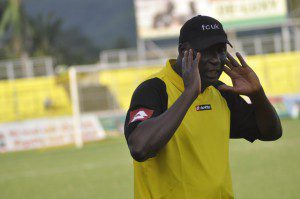 Ghana and AshGold goalkeeper Fatau Dauda says he is delighted to hear Bashiru Hayford has extended his stay with the Miners.

Hayford, led the Miners to a historic Ghana Premier League title after 19 years without a title.

Before that they had won the GHALCA top four competition as well as the Adansiman cup last season.

Lastw week coach Bashiru Hayford decided to entend his stay with the club something experienced goalkeeper Fatau Dauda says he is delighted over.

“coach [ Bashiru Hayford] has done a very good job since he took over the side,” Dauda told GHANAsoccernet.com

“Last season was memorable and  I think that going into Africa it’s wonderful news for the club.”