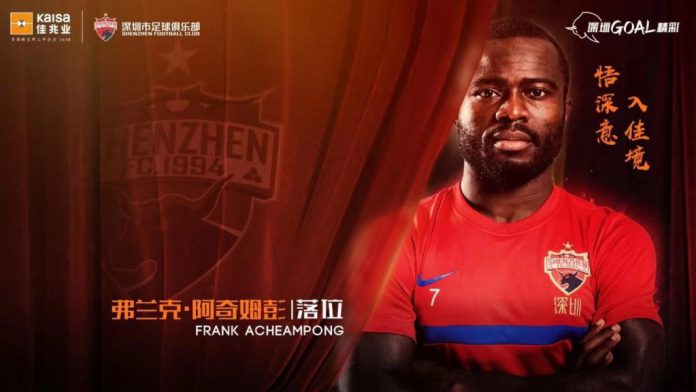 Frank Acheampong has been given the captain’s armband through which his Shenzhen FC teammates wished to show their support following his mother’s death.

Shenzhen veteran striker Gao Lin, who skippered the Chinese Super League side last season, said he has given the captaincy to Acheampong after the Ghana international chose to play the upcoming CSL new season rather than going back to his native country for his mother’s funeral.

“He was very grieved at his mother’s passing. We hope we can make him feel supported and not alone here. We also wanted to express our gratitude to him as sacrificed so much for the team,” Gao said.

The CSL 2021 campaign will start on Tuesday, and after its first phase ends on August 5, Acheampong is expected to go back to Ghana to see his family. Enditem