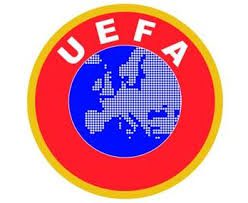 Europe’s football governing body UEFA will open disciplinary proceedings against Serbia and Albania after their Euro 2016 qualifier in Belgrade was abandoned amid violence and politicizing, a spokesman said Wednesday. “Of course there will be,” the spokesman told dpa when asked whether the two countries were facing action.

The UEFA headquarters in Nyon were expecting the full report from their delegate in Belgrade during the day Wednesday. Serbian and Albanian football organisations will have a week to present their case.

“Football should never be used for political messages. I strongly condemn what happened in Belgrade last night,” the FIFA president tweeted on his personal Twitter account.

The Tuesday night match was interrupted late in the first half when a drone carrying a provocative Albanian banner sparked the atmosphere already thick with hostility after decades of Serbo-Albanian animosity and conflicts.

The players from both teams began scuffling about the banner, then spectators joined the melee on the pitch and the match was broken off.

Belgrade media reported that Olsi Rama, the brother of Albania’s Prime Minister Edi Rama, organised and piloted the flight of the drone, most commonly used to shoot aerial photos and videos.

Football officials and political leaders on both sides blamed the other for the incident.

Serbia may be in for severe sanctions, as its violent fans already interrupted a qualifier for the 2012 Euro that Serbia played as guests against Italy four years ago this week.

Serbs and Albanians have a history of hostility which climaxed in the Kosovo war 15 years ago. The former Serbian province with the Albanian majority declared independence in 2008.

The football incident raised political tensions as well, and that ahead of Edi Rama’s planned visit to Belgrade on October 22 – the first in nearly seven decades and one that was supposed to signal a thaw in relations between the two nations.

“Their intention was to show Serbia as a country intolerant to differences and to humiliate all its citizens,” he said at a media event.

After the match, Rama tweeted that Serbia has “sent a bad picture to the world”.

Both Serbia and Albania strive to join the European Union, and Brussels immediately warned them not to allow the incident to influence their cooperation, including Rama’s visit.

“We consider that politics should not be driven by stadium provocations,” said Maja Kocijancic, a spokeswoman for EU foreign policy chief Catherine Ashton.

While she voiced disappointment?with the disruption of the match, Kocijancic welcomed Serbia’s “professionalism” in handling the situation.
GNA