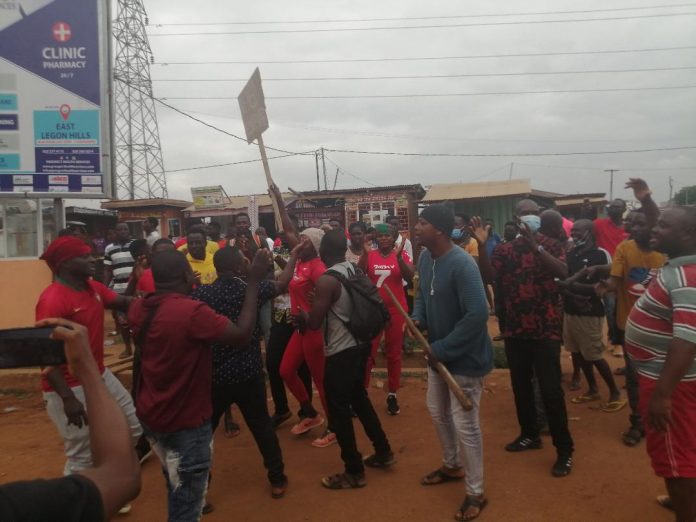 The Central Region has recorded the most violent incidents in the November-December 2022. It recorded 16 incidents which contributed 38% of total incidents. This represents a take over from the Ashanti Region considering the two previous reports i.e., June-July and August-October 2022.

During the current monitoring period, FOSDA monitored and recorded atotal of 42 violent incidents. 26 of the incidents were recorded in November and 16 in December representing a 38% decline compared to the base month of November.

This is the second time in a row within a period of 5 months i.e., August-December that the Bono East region has record zero incidents of violence.

The outcome of the monitoring shows that out of the 7 categories of violence monitored only two were recorded in this specific monitoring, i.e. Physical Violence with 24 cases, representing 57% and Gun related violence 18 representing 43%. The remaining categories did not record any incident.

Additionally, FOSDA’s media monitoring of violent incidents in Ghana has recorded a declining trend of cases from August to December 2022. There were 52 cases recorded in August. This reduced to 44 cases in September, 29 cases in October, 26 in November and 16 in December. The highest so far is 63 cases recorded in July 2022. The above data in this report emanates from FOSDA’s monitoring exercise of 10 major media outlets in Ghana, covering both online and newspaper sources.

There is decline in teenage pregnancy cases in Kadjebi District

Prof Ameyaw-Ekumfi Sure of NPP Recapturing Central Region in 2024