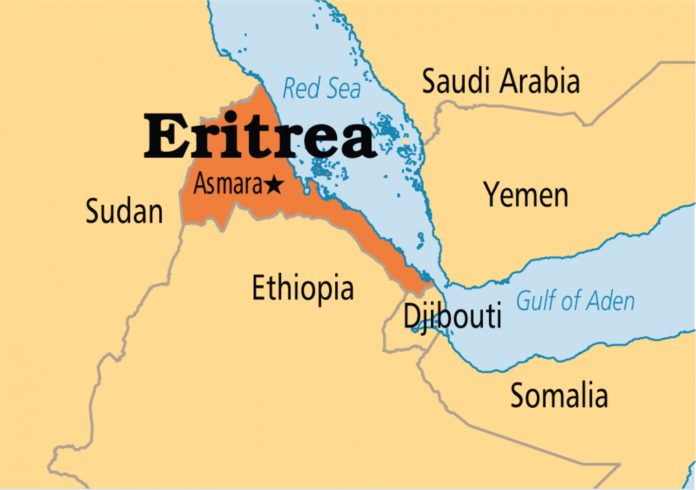 A positive story is emerging from Eritrea—a young, developing country that is on track to meet the Sustainable Development Goal on child mortality by 2030. Child mortality rate is defined as the probability of a child dying before age five.

Eritrea’s child mortality rate is one of the lowest in sub-Saharan Africa (SSA), although that figure remains slightly above the global average of 37 per 1,000 live births as of 2020. Still, the country’s performance is better than the SSA average, which is 73 deaths per 1,000 births.

In fact, more than half of all child deaths globally in 2020 occurred in SSA, according to estimates by the UN Inter-Agency Group for Child Mortality Estimation (IGME).

Several factors account for Eritrea’s success, including sustained high-level political commitment. For example, the first international convention ratified by the Eritrean government post-independence was the UN Convention on the Rights of the Child, reflecting the country’s priority on children’s health, wellbeing, and development.

To strengthen the national health system, the government is strengthening health infrastructure, leading to improvements in access, coverage, and quality of services, especially in poor, remote and marginalized communities.

There are currently about 350 health facilities in the country, including hospitals, health centers, clinics, and health stations, a marked improvement considering that there were 93 such facilities at independence. As well, the number of doctors, nurses and other health professionals continues to increase.

Approximately 80 per cent of the population now lives within 10km of a healthcare facility, and that includes nearly 98 per cent of pregnant women who now have access to routine ante- and post-natal care. For example, in 1991, the percentage of pregnant women who made at least one ANC visit was about 19 per cent. In addition, the percentage of deliveries by skilled birth attendants has also risen, climbing from about only six per cent in 1991 to 71 per cent in 2019.

Another strategy employed by Eritrea’s Ministry of Health is robust public campaigns to encourage women to visit healthcare facilities during pregnancy and delivery, promote adoption of basic interventions such as breastfeeding and vitamin-A supplementation, and provide families who reside in mosquito-endemic areas with insecticide-treated mosquito nets to prevent malaria.

Also, above 80 per cent of citizens have access to safe water because of expansion in water, sanitation, and hygiene services, which is a significant jump from 1991 when only a mere 13 percent of the country’s population had access to clean and safe water

What is more, Minister for Land and Water Resources Tesfai Ghebreslassie says that “more than 54 per cent of Eritrean communities have achieved open defecation-free status, while more than 50 per cent of schools and health facilities have water, sanitation and hygiene services.”

These facilities have contributed greatly to reducing the prevalence and spread of an array of serious diseases that thrive in contaminated water sources or unimproved sanitation conditions, and ultimately played a positive role in improving children’s general health and reducing child mortality.

Central to its strategy to reduce child mortality is a national immunization program, which is helping to tackle preventable diseases such as diphtheria, tetanus, pertussis, polio, measles, and smallpox.

The national immunization schedule today includes 12 different vaccines, whereas at independence it was only six, and according to UNICEF, the national coverage rate, which hovered at only 10 per cent at independence, now stands above 95 per cent – making it one of the highest in SSA.

Notably, during a working visit to Eritrea in late 2021, Mohammed Malick Fall, UNICEF Regional Director for East and Southern Africa, explained that he was, “struck by the level of immunization [of children],” before going on to note that there, “are many advanced countries that have a hard time reaching [those levels].”

Lastly, Eritrea’s advances in women’s education have led to increased enrollments, and literacy among girls aged 15-24 is now above 90%.

In sum, while Eritrea still has some distance to cover to meet SDG child mortality reduction targets, the country’s performance so far in the sector indicates it is on the right path.

MP Advises Youth To Learn Employable Skills For Their Survival

Entrepreneurship in Africa means survival of the fittest – Ifeanyi Onyeka