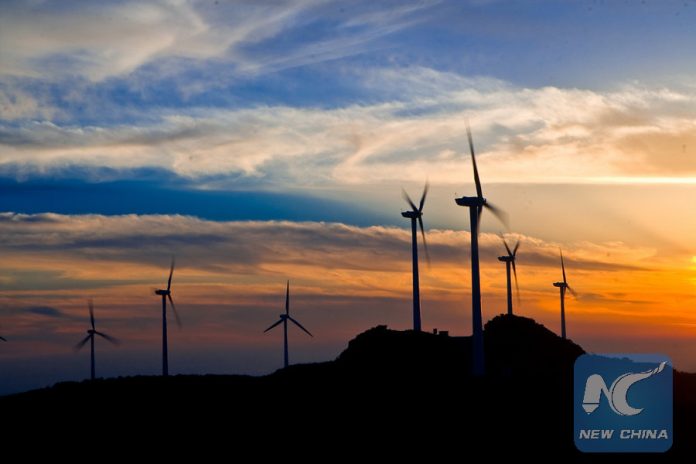 Determined to lower greenhouse gas emissions and pursue a green development path, China can be counted on as a reliable and responsible partner by nations at the forefront of the global climate fight. Its endeavor to cut carbon emissions at home, encourage change around the world and secure the historic Paris climate agreement should send a message to a world in which every major power has to take the strain in the fight against climate change.

China’s emission reduction targets — to cut carbon dioxide emissions per unit of GDP by 60-65 percent from the 2005 level by 2030 and for emissions to peak around 2030 — are among the most ambitious pledges by countries under the Paris agreement.

Four months after the adoption of the agreement, representatives of over 160 countries are expected to sign the pact at the UN headquarters on Friday. China’s signature will codify the promises it has made.

The targets should reassure those who may doubt China’s seriousness about green development.

China’s faith in a green path is not only a commitment to the world, but also a must for its own sustainable development, given its large population, limited resources and vulnerable environment.

Unlike some countries that just pay lip service, China is taking concrete actions to fulfill its climate commitments.

It has succeeded in meeting or exceeding the previous five-year plan’s environmental goals — carbon dioxide emissions dropped by more than 17 percent between 2010 and 2015, while energy consumption per unit of GDP was cut by 18.2 percent. The 13th Five-year Plan builds on this success, requiring greater reduction in emissions of carbon dioxide and many other pollutants.

Besides hefty investment in green industries, achieving such targets will not be without sacrifices, ones that many other countries have been striving to avoid making.

Closure of coal mines and polluting steel mills in China is going to affect the employment of millions and heap pressure on policy makers trying to reboot a slowing economy.

It is easy for Western critics to point fingers at China’s volume of emissions, but the finger-pointers live in countries with a fraction of China’s population.

As the world’s most populous nation and largest developing country, China is facing a daunting task of developing its economy for the benefit of 1.37 billion people while remaining troubled by a barrage of growing pains such as development imbalances and poverty.

It is unfair and unreasonable to demand an effort that is beyond China. Reining in global warming is an urgent task, but it can not come at the expense of urgent development.

Let us not forget that China’s per capita emissions are well below those of many industrialized countries, who have had plenty of chances to give their best efforts to act against global warming.

Journalists told to put a spotlight on climate change

China, Africa working with each other along path of win-win cooperation, common development