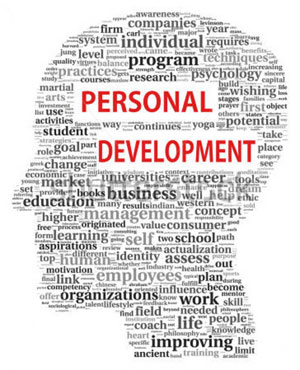 Mr Zhou Yuxiao, Ambassador of the Forum for China Africa Cooperation (FOCAC), has reiterated China’s longstanding commitment to its relations with Africa, and Ghana, and to taking that relationship to future generations.

He said China and Africa were natural friends and partners with similar historical experiences, and a common mission for development and had always understood, respected and supported each other.

He made the statement at an interaction between a Chinese delegation of Foreign Service Officers and their Ghanaian counterparts at the Ministry of Foreign Affairs in Ghana, during a visit that formed part of the implementation of the outcomes of the FOCAC Johannesburg Summit in the area of personnel and cultural exchanges.

He noted that China –Africa relationship constituted an important part of China’s diplomacy, adding that China’s long-term strategic choice was to strengthen its solidarity and cooperation with Africa.

“China is committed to win-win cooperation and common development…in China-Africa relations we do not seek unilateral interests, instead we endeavour to combine China’s development with that of Africa by displaying our competitive advantages and facilitating
African development with China’s own development ultimately delivering common progress,” he stated.

He also paid glowing tribute to the longstanding relationship between Ghana and China, dating back to 1960s.

“Our bilateral relation has withstood the test of time and international vicissitudes. We have carried out multifaceted and practical cooperation in every field and have achieved fruitful results that benefit peoples of our two countries,” he stated.

He said China had become Ghana’s largest trading partner and an important source country for investment, contributing to socio-economic development of Ghana.

“China highly values the relationship and friendship with Ghana and is ready to work together to make our mutually beneficial cooperation an example of south-south cooperation,” he said.

Mr Yuziao said the visit of young Chinese Foreign Service officials to Ghana will help to take China-Ghana, and China-Africa diplomatic relations into the future.

The aim, he said, was to promote mutual understanding and traditional friendship between the young people of China and Ghana. He noted that for most of the delegates, it was their first time on Africa soil, “…and they’re here to learn, to observe and to make friends”.

Mr Yuxiao said they hoped to build a new bridge of friendship among Ghanaian and Chinese young people and to inject a youthful vitality into their bilateral relations.

Alhaji Mohammed Habib Tijani, the Deputy Minister for Foreign Affairs and Regional Integration, who welcomed the delegation, said Ghana has indeed enjoyed very close relations and active political cooperation with China at both the bilateral and multilateral levels, since the time of President Kwame Nkrumah and Chairman Mao Zedong.

The bilateral relations with China over the years, he said, cut across many sectors including Health, Agriculture, Finance, Trade, Infrastructure, development, Education and Culture.

He indicated that Ghana was an active member of the Forum on China-Africa Cooperation [FOCAC], with two officials of the Ministry just returned from Beijing where they participated in the 12th FOCAC senior officials meeting.

Alhaji Mohammed said the excellent ties between the two countries had over the decades witnessed exchanges of visits which constituted opportunities for discussing and taking stock of their relations, with a view to making it better and mutually beneficial to their people.

He expressed delight that the visit was intended to create opportunities for officers of both countries to interact and share ideas on China-Ghana relations and China-Africa cooperation, adding that it gave true meaning to the objective of bringing the relations between the two countries down to the level of the people.

He said Ghana’s foreign policy, since independence, had been characterized by the principles of positive neutrality and non-alignment as well as commitment to the settlement of international disputes by peaceful means and was anchored on the respect for public international law and the maintenance of friendly relations with all countries on the basis of mutual respect.

He noted that government had introduced a number of initiatives aimed at transforming the Ghanaian economy from the grassroots, notably the one District one Factory, planting for food and jobs and the free senior high school programmes.

“As front line officers in Beijing and other provinces from China, I take this opportunity to reiterate our invitation, through you, to the Chinese investor community, to come and partner with Ghanaians to set up small to medium scale industries in the 216 districts of the country,” he added.
GNA/Newsghana.com.gh