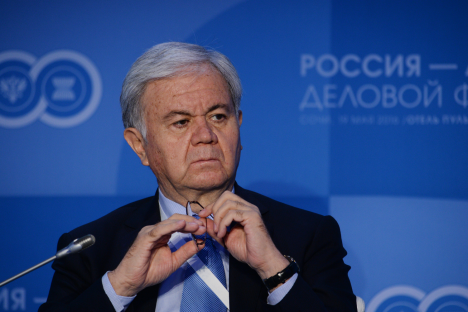 China is an important contributor to the Shanghai Cooperation Organization (SCO), its Secretary-General Rashid Alimov said in an interview with the People’s Daily, adding that the organization has maintained close cooperation with China. Alimov’s remarks came after the 17th meeting of the SCO Heads of State Council held on June 8 and 9 in Astana, Kazakhstan.

The official hailed that the SCO has made huge contributions to safeguarding the security and stability of its member states.

It has also further expanded its influence by strengthening contact and cooperation with international and regional organizations such as the Conference on Interaction and Confidence-Building Measures in Asia, ASEAN and the UN, he pointed out.

India and Pakistan will complete procedures in line with the SCO rules to become official members this year. Alimov believes it is a reflection of SCO’s increasing significance, saying it will prove to those people who sing the blues about the organization that the prospect of the SCO is worth looking forward to.

“The SCO has been seeking the agreement among its member states on the connectivity of infrastructure, and the Intergovernmental Agreement of the SCO Member States on the Facilitation of International Road Transport signed in September 2014 was one of the important achievements,” said the secretary-general.

There were only a few of flights between China and Central Asian countries a dozen of years ago, and the number has increased by at least 10 times nowadays, Alimov noted.

In addition, the number of the freight trains running between China and Europe is also on the rise, with Central Asia and Russia playing the role of bridging countries, which has boosted trade among the SCO member states, he added.

People-to-people exchanges, according to Alimov, is another focus of the SCO. The organization has always been enhancing the cooperation on higher education and youth communication.

“Young generation is the future of the SCO and its member states,” he said, adding that the organization has always attached great importance to youth development.

“For a long time we have been enhancing mutual understanding among the youth of each member state,” Alimov noted, illustrating that a youth debate competition was recently held by the organization, and the great performance of the debaters inspired him very much.

“We are fortunate to see the new generation growing under the ‘Shanghai spirit’,” he added.

The official also lauded the promising prospect for tourism cooperation among the SCO members. Statistics showed that 12% of the world natural heritage is located in the SCO member states, most of which remain unknown.

“We have the responsibility to advertise those tourist sites that the member states take pride in, and we are currently working on it,” Alimov said.

China will take over the rotating presidency of the SCO after the Astana Summit. Alimov praised the country’s huge contribution to the SCO in recent years, saying that the organization has kept close cooperation with China and held many activities under the country’s support.

“I believe the SCO summit to be held in Beijing next year will be another successful event,” he added.

The SCO head stressed that the cooperation with Chinese provinces and cities will be a major direction for the SCO.

“We hosted the SCO Kunming International Marathon last December which was participated by more than 10,000 athletes from 25 countries,” he said, adding that the event has indicated the huge potential of bilateral cooperation.

He believed that the “Belt and Road” initiative proposed by China provides a major opportunity for SCO member states and will bring broad prospects.

The SCO supported and participated in the Belt and Road Forum for International Cooperation held in Beijing last month, Alimov said, adding that the organization will accelerate the docking of the “Belt and Road” initiative with the development strategies of its member states for the sake of common prosperity.

By Xie Yahong from People’s Daily/NewsGhana.com.gh

China Will Not Be Allowed to Isolate Taiwan – Pelosi