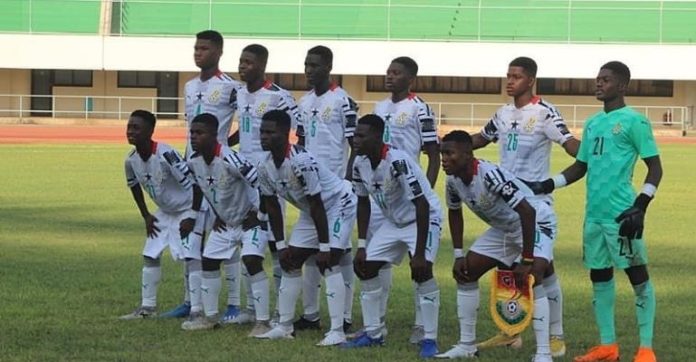 Mr. Isaac Bampoe Addo, the Executive Secretary of Civil and Local Government Staff Association (CLOGSAG), Ghana is in the camp of the Black Starlets to render his support to the team.

Mr. Addo, on Friday, was spotted in a viral video cheering on the team ahead of their match against Togo for a place in the semi-finals.

He offered the team’s words of motivation heading into the match, which yielded positive results as they thumped their Togolese counterparts 3-0.

This ensured that Ghana’s U-17 side secured a place in the semi-finals of the ongoing WAFU B U-17 tournament being held in Cape Coast.

The Black Starlets would either face Ivory Coast, Benin, or Burkina Faso in the last four for a spot in the U-17 Africa Cup of Nations to be held in Algeria next year.