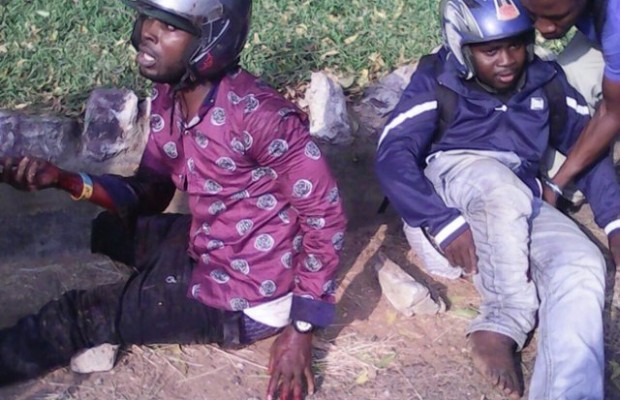 When the case was called, Chief Superintendent of Police Mr Duuti Tuaruka said the third witness was not ready and prayed for a short adjournment. 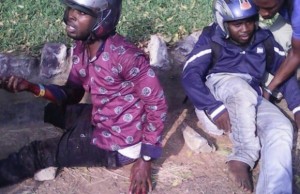 The Circuit Court presided over by Mr Aboagye Tandoh obliged them and urged them to produce their witness at the next sitting.

Prosecution said they would be calling three more witnesses to testify.

The victim, Ms Lydia Horsu and a driver whose media name is Nana Yaw, who rescued the victim and knocked down two of the robbers, have so far testified.

The accused persons, Gilbert Osabutey, Michael Edor Ahiataku aka Old soldier, a private security man, and Frederick Sedro Kwame, who have been charged with conspiracy to rob, have pleaded not guilty.

Stanley Obaliko and Okoe Quarcoe sustained injuries during the robbery incident and they have been on admission since January 9.

Appearing before the Court, Obaliko and Quarcoe pleaded guilty to the charges of robbery.

However, the Court after listening to their explanation entered a plea of not guilty on their behalf.

Chief Supt Tuaruka said the complainant in the case is Lydia Horsu, a Marketing Administrator with the Shopping Centre, who goes round daily to collect the previous day’s sales to the head office.

On January 6, this year, Osabutey, Ahiataku and Kwame hatched a plan to rob the Shopping Centre and sought the assistance of the two others, now at large, who also recruited Obaliko and Quarcoe to carry out the plan.

The Prosecution said on January 8, this year, around 2000hrs, all the accused persons met at the Koala Shopping Centre at Cantonments and Osabutey, who was a supervisor at the Cantonments Branch, briefed them about the movement of the complainant.

The prosecutor said the accused persons agreed to rob the complainant the following day.

On January 9, at about 0800hrs, the complainant went to the Koala Shopping Centre, Cantonments, but she decided to pick the Company’s invoice and voucher to audit them and left for the head office at the Airport.

On seeing the complainant leave the office, Osabutey alerted the accused persons through phone calls and Obaliko and Quarcoe boarded a BMW motor bike and moved closer to the Koala head office.

Obaliko and Quarcoe trailed the complainant to a point near the American Embassy at Cantonments.

The Prosecution said Obaliko who was then the pillion rider alighted, drew out a pistol at the complainant and ordered her to surrender her handbag to him.

He said this infuriated Obaliko who pushed the complainant down and shot her twice in her thigh and calf and after which he (Obaliko) and Quarcoe sped off.

A taxi driver, who witnessed the incident, chased them with his vehicle and hit their motor bike.

Police investigations, however, led to the arrest of the rest of the accused persons.

Chief Supt Tuaruka said the victim, who was shot twice by the accused persons, is on admission at the 37 Military Hospital, responding to treatment.