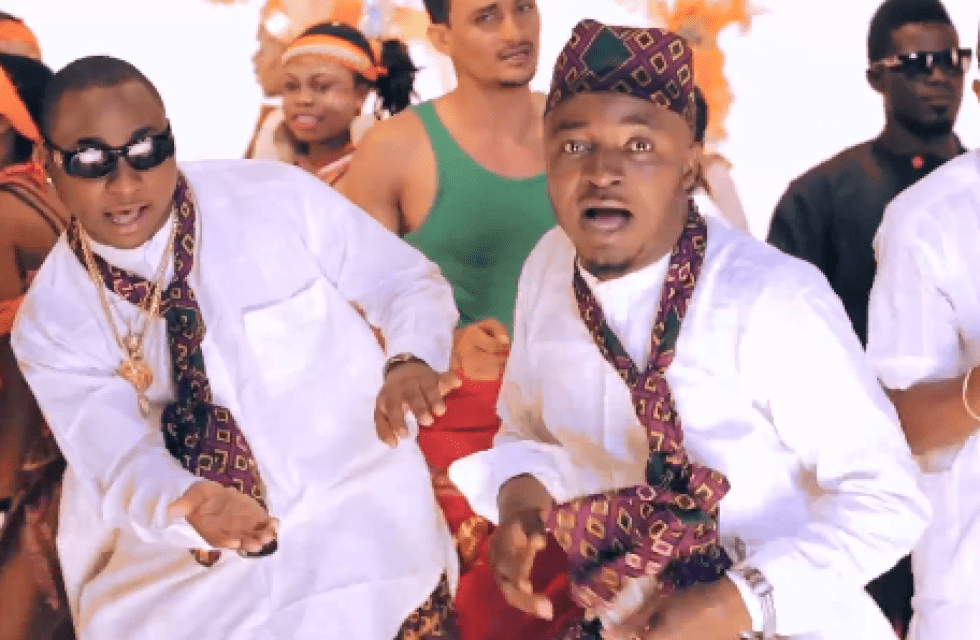 According to Multiple industry sources and some entertainment tabloid, there was a fight between popular Musician, Davido and fast rising musician, MC Galaxy.

Reports have it that the Akwaibom born singer was violently beaten by Davido and his driver on Wednesday night April 15th at producer Shizzi?s studio in Lekki. Mc Galaxy is said to be badly injured.

MC Galaxy, Davido B-Red, Shizzi, Davido?s driver, and other HKN members were at Shizzi?s studio. It was all smiles until what started as a joke turned to a fight.

Reports have it that MC Galaxy was boasting to B-Red that he (Galaxy) was more popular than him (B-Red). B-Red didn?t agree to that and that is how a serious argument ensued. Then a Ghanaian HKN artiste told MC Galaxy that when he (Galaxy) was still hustling as a comedian, his jokes were not funny. MC Galaxy then reacted saying that he (the Ghanaian singer) on the other hand was relatively unknown. Another round of terrifying argument ensued until Davido could not bear it anymore and asked MC Galaxy to get out of the studio.

Apparently Davido wasn?t comfortable with the way Galaxy was insulting his label mates and ordered him to leave. That is when things got violent. From what sources say, before one could say Jack Robinson, Davido hit him on the back. Then his driver gave Galaxy a blow and then hit him on the head with a bottle. It was like WWE live.

The owner of the studio, Shizzi tried to calm them down but that was much after the damage had been done.

Some industry sources have said that while Davido was wrong to have harassed Galaxy, Galaxy?s pride and boastfulness was provoking.

The two of them, Davido and Mc Galaxy have actually worked on a song together. Before Galaxy became popular as a singer, while he was still a dancer for Iyanya, he won a N500, 000 giveaway from Davido on Davido?s birthday in 2012. Well friends fight. That is how life is. We hope they mend their differences