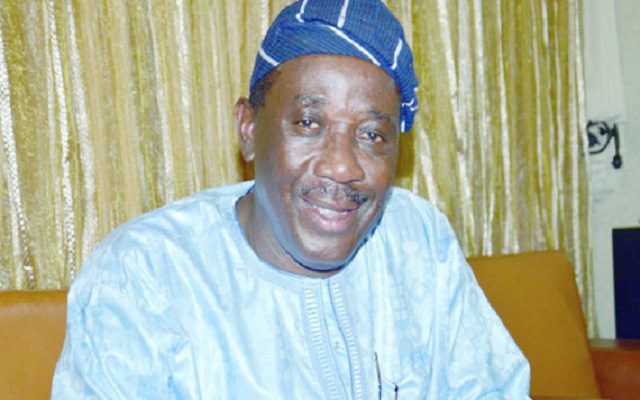 A Chieftain of Peoples? Democratic Party (PDP) in Osun State, Chief Francis Fadahunsi has given reasons for the major cause of political defeat responsible for his party?s defeat in the just concluded general elections across the country.

Fadahunsi said this while fielding questions from newsmen in his country home, Ilase-Ijesa in Obokun Local Government Area of Osun shortly after a thanksgiving service held in his honour.
?
According to him, political office holders on the platform of PDP don?t spend their fortune on the party and always believe they are above the party.

He said, ?Whatever happened to any governor in APC states, others would rally round but not in PDP states where the governors believed that they are above the party.

?Attempts by the PDP Governors to impose their successors at the detriment of other candidates also affected the party greatly stressing that the matter was not properly managed unlike what happened in APC.??

He also attached PDP?s defeat in some states of federation to lack of commitment from both elective and appointed political office holders.

He said, ?Right from the beginning of this administration, the president turned himself to president of the Ijaw rather than that of Nigeria.

?President Good luck Jonathan sees himself as the President of Ijaw rather than that of Nigeria. All available positions are occupied by his people. During the time of Obasanjo and Yar?adua administrations positions were spread across the country, but in Jonathan era all are meant for his kinsmen. He is told about the lopsidedness, but believes he could manage it, but see where he has landed the party.??
?

He however said the explosion in the party would not last long, arguing that defectors to APC would soon return.

?Those who are aggrieved with the set up of the party but left for APC are today reaping the dismemberment of the PDP. But the implosion in PDP will soon happen in APC.

?Those who left the party have been told that they could reap where they do not sow, that is the beginning and it may soon snowball.?

Christmas should remind us to live in Peace – Catechist

AWIA urges government to establish hub for women in agribusiness

Fire safety sensitization should be given national attention – DCFO

The Global pro LGBTQ Movement are Crossing Dangerous Lines and should be Confronted, beyond Defensive