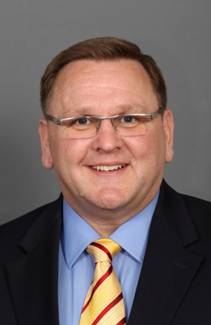 ?Last week as he was driving through Johannesburg, a board member of a multi-billion Euro multinational made a rather bold statement, ?Africa is not only the last frontier but possibly the biggest frontier for business?. That comment was made by Ken Allen, Global CEO for DHL Express.

This week Deutsche Post DHL, the world?s leading postal and express group announced its full year results. The group posted revenues of more than EUR 55 billion with boosted profitability once again in 2013. These improvements have been particularly attributed to the company?s exceptional market position in the world?s emerging markets, including Africa.

Brewer adds, ?DHL Express is the market leader across Africa, and our unparalleled footprint and continued investment in the continent is testament to that. During 2013, we continued with our expansion plans throughout Sub-Saharan Africa, investing heavily in facilities and increasing our vehicle and aviation fleet. We have continued to showcase our commitment to Africa and have a firm belief and vested interest in Africa delivering on its obvious promise.?

Brewer points to the recent International Air Transport Association (IATA) Airline Industry Forecast 2013-2017 report, which revealed that Africa is estimated to be the fastest growing region globally over the forecast period, with an expected five-year compound annual growth rate (CAGR) of 4.0%, while a growth rate of 3.2% (CAGR) is expected for international freight volumes.

?The International Monetary Fund (IMF) has forecasted economic growth of 2.8% in 2014 for South Africa, and 6.1% for the sub-Saharan African (SSA) region, and with the continued growth from intra-Africa and international trade, the outlook for the SSA logistics industry is extremely positive,? says Brewer.

He says that the routes expected to experience the most significant growth in Africa in 2014 are linked to the fastest growing markets which include Ethiopia, Ghana and Nigeria.

Brewer attributes DHL?s positive trade forecast to more than just the economic statistics, and adds, ?Africa is an unbelievably entrepreneurial and dynamic continent and I firmly believe that the SMEs will be the engine of growth for the years ahead?.

He says that it is difficult to ignore e-commerce on the continent as it has become a way of life. ?Buying and selling online is growing year on year in Africa, which includes a big shift towards e-commerce in South Africa. More than R4 billion of goods were traded through e-commerce in 2013 in South Africa as consumers realise the safety, convenience and time saving benefits of shopping online. Other factors that will likely influence trade are developments in technology, healthcare, construction and services, as well as the increase in manufacturing in Africa.?

Brewer says that this year, the company has various planned investments into Sub-Saharan Africa, including the opening of a number of new facilitates, and planned expansion in Ethiopia, Kenya, Nigeria, South Africa, Ghana and Angola. DHL Express SSA, will also be expanding its dedicated air fleet adding a number of new planes to the West Africa region, including a Boeing 737.

?The introduction of these new facilities and planes reflect the continuation of our expansion strategy for 2014. This allows us to serve our customers better, who in turn, can process, sell or assemble their products faster and more securely. This value chain extends to the end customer who receives a quality product, at the right price and at the right time.?

Brewer says that whilst there are continued challenges, DHL is confident about trade forecasts for the year ahead. ?The key to continue driving growth will be smart, innovative and, above all, customer centric people, processes and solutions, as well as a continued focus and investment in market leading infrastructure?, concludes Brewer.

?????????? Focus on your people, invest in their development & recognize culture diversity

?????????? Be aware of the risk and mitigate through solid fiscal control process

GIZ, DHL trains SMEs to boost their capacity in E-Commerce