Mysterious Ebusua Dwarfs, will lock horns with Accra Hearts of Oak on Wednesday afternoon, for the third week league game as the away seeks their first win in the competition. 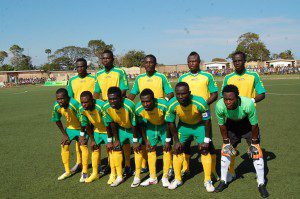 The Cape Coast based side, suffered a 2-0 defeat to West Africa Football Academy (WAFA), last week Sunday, which saw two of their players being suspended.

Brazilian gaffer Ricardo Da Rocha’s tactical expertise will come to bare, as he misses key players; Joseph Esso and Amoah Mensah through suspension and Stephen Bentil been doubtful for the fixture.

Accra Hearts of Oak, is yet to record a win after two scoreless consecutive matches against Inter Allies and Medeama on match day One and Two respectively.

Scottish tactician, Frank Nuttall Eliot, has however included Bright Luqman in his squad, as he hunts for his first victory.

Luqman, after returning from injury, will be looking forward to playing his debut game for Hearts of Oak, at his former grounds, whilst captain Rubin Gnagne will be sideline for this fixture due to injury.

At the Tema Stadium, Tema Youth will play host to Ashantigold, with the returnees, seeking to record another win to keep their hopes of survining in the premiership.

The Tema based side won convincingly at home on match day one against Berekum Chelsea and will hope to continue the streak as they come face to face with former champions Ashanti Gold.

Coach Bashiru Hayford’s side were on good form as they annihilated Accra Great Olympic by 3-1, but a visit to the Tema Astro turf has always been a herculean task for the miners. A victory for them will provide an extra motivation as they go into the Ashanti Derby on match day four.