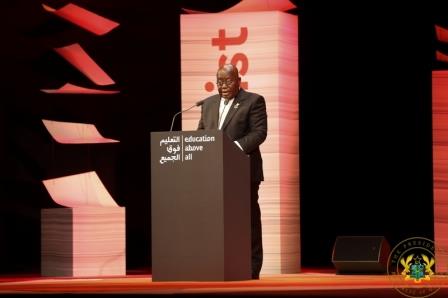 The world can only advance cohesion and solidarity amongst displaced persons and help create the right environment for a purposeful dignified life, if there was access to education, President Nana Addo Danquah Akufo-Addo has said.

He said education was the key to human development and to widening life’s options for individuals and society as a whole adding that it was the panacea to the youth escaping poverty and living decent lives.