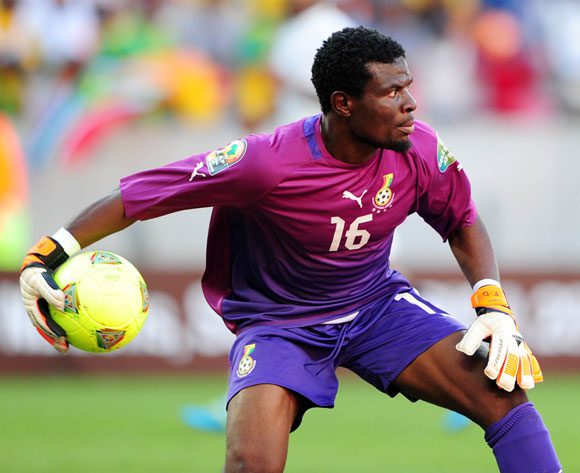 Goalkeeper Fatau Dauda says he is open to renewing his contract at AshantiGold despite admitting to be assessing options abroad.

Dauda, 30, signed a one-year contract with the Miners on his return from South African where he terminated his contract with Chippa united.

The Black Stars goalkeeper helped guide the Obuasi-based club to end their close to two-decade trophy drought by winning the 2014/15 First Capital Plus Premier League title.

His contract with AshGold however ran out at the end of the Premier League campaign, making him a free agent.

Clubs abroad have since made approaches to the experienced goalkeeper.

But Dauda says he is still committed to signing a new deal to remain with the Miners.

“My contract has run out but there is still an opportunity to renew,” Dauda told the General Telegraph in an exclusive interview.

“There are some offers I am looking at but nothing has been decided yet.

“AshGold remains my mother club and therefore they will have some level of preference but we wait to see what happens.”

Fatau Dauda remains one of the finest and experienced goalkeepers on the local scene, an atrtribute which eventually saw him appointed as captain of Ghana’s CHAN team.

He was however forced to withdraw from the local Black Stars team for the second leg of the 2016 CHAN qualifier against Cote d’Ivoire after suffering a bout of malaria.