Director Sam Taylor-Johnson is preparing for the release of the highly-anticipated ?Fifty Shades of Grey? which hits theaters next month. In a new interview with Red magazine for its March issue, Taylor-Johnson opens up about working with the movie?s lead stars and making the movie which she says is like ?walking a knife edge.?

Speaking to the magazine, the director praises Jamie Dornan and Dakota Johnson who play BDSM-loving Christian Grey and his girlfriend Anastasia Steele. ?Dakota is fantastic,? Taylor-Johnson gushes. ?She has that rare knit of fragility, vulnerability, naivety, yet she?s really strong. And Jamie?s funny because he doesn?t seem to feel any of the pressure. Or show he feels it. Everything washes over him and he?s constantly happy. He?s such a sweet and lovely man.? 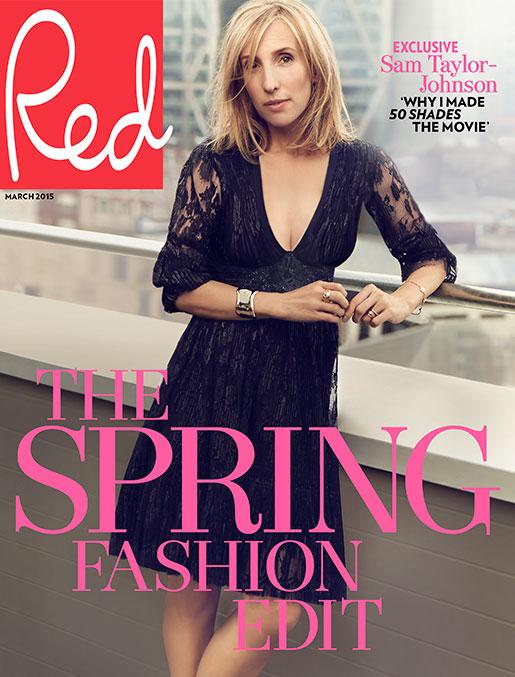 Dornan also has nice words for the director. Calling her ?extremely funny,? he praises her ?amazing? skills and admits that she ?is now one of my favourite people on the planet.?

In the March issue, which hits the newsstands on January 29 in the U.K., Taylor-Johnson additionally shares what she felt throughout the production. ?I?m literally going out of my mind,? she says. ?I have seen this film over a thousand times and ? the nuances within ? the tiniest shift, look, blink of an eye ? can make all the difference and flip it into the wrong territory. It?s like walking a knife edge.?

?The moment I stepped out of the meeting, I stepped on to one of those bullet trains. The doors closed and I couldn?t get off. The speed, the velocity, was unbelievable. I need to get off and breathe and think about something else,? she adds.