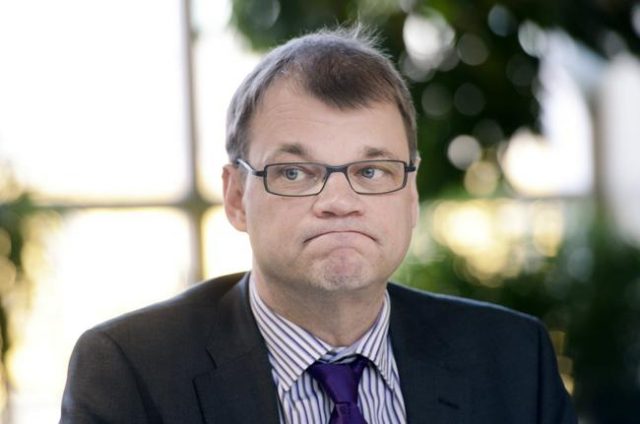 Sipila told a press conference in Helsinki that the Centre Party and National Coalition Party could not be assured of cooperation with the Finns Party on future issues.

The prime minister made the announcement following talks with other coalition party leaders on Monday morning. Sipila said the value difference with Jussi Halla-aho, new leader of the Finns Party, was too large.

National Coalition party leader Petteri Orpo, who also attended the press conference, underlined that no hatred speech or discrimination was acceptable. “We believe in international cooperation and want to develop an open and permissive society,” he said.

Sipila and Orpo said Halla-aho’s views on Finland’s relationship with the European Union are not compatible with the government program.

They said Halla-aho would have liked to keep the Finns Party inside the government. Halla-aho himself said on Monday afternoon that Sipila could not accept making the Finnish immigration policies tougher.

Halla-aho was elected chairman of the Finns Party on Saturday. He has been known for his strong anti-EU and anti-immigration line.

In the Finns Party convention, the strongly anti-EU and anti-immigration cohort took over the party. Previous chairman Timo Soini was no longer running. In the voting, Halla-aho defeated a more moderate candidate with a wide margin.

After being elected, Halla-aho said he would not replace Soini to take the position as foreign minister but would remain in the European Parliament as he is now.

Finnish President Sauli Niinisto said on Monday that “the country is not in crisis”, but expressed his hope that a new government is rebuilt soon.

Sipila said he aims at forming a new government as soon as possible. He said he had already talked with all parliamentary parties on Monday.

Political commentators in Finland said that only the Swedish People’s party and the Christian Democratic Party seemed to be willing to start negotiations. All the other opposition parties insisted on new elections to be arranged in autumn.

Coronavirus pandemic in U.S. will probably “get worse before it gets better” – Trump