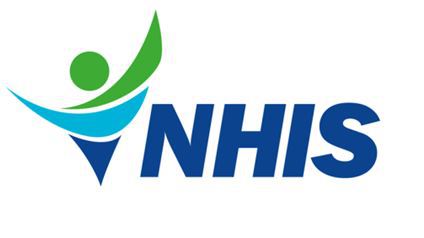 Ghanaians hoping to benefit from free healthcare under the National Health Insurance Scheme would have to wait for at least two more years in anticipation of President Akufo-Addo’s promised to save the pro-poor program in 2019.

According to the President, his government would require 18 months to look for funds to clear NHIA’s huge debts in order to bring the scheme which is near collapse back on its feet.

While lamenting the sorry state of the NHIA, President Akufo-Addo said his government, [which accused the Mahama government of mismanaging the scheme], has found it necessary to find the money to save the scheme from total collapse.

“I am hoping that within 18 months, all the arrears of the NHIS would have been settled so that we can have a secure future for the scheme,” he recently told the Ghanaian community in Belgium.

In the heat of the 2016 campaign, then candidate Akufo-Addo severally chided the National Democratic Congress government of lacking the competence to manage the pro-poor program.

In one of his scathing attacks on the Mahama administration at a rally in Nandom in the Upper West region, Akufo-Addo promised to revive the scheme when elected President. “I am coming to revive the National Health Insurance Scheme, which ensures that the poor in society gained access to healthcare without the financial burden which used to be associated with healthcare delivery (under the cash and carry regime),” he noted.

However, six months after taking office and following threats from providers to revert to the cash-and-carry system due to indebtedness; Chief Executive Officer of NHIA, Dr Samuel Annor, haplessly revealed the Scheme was broke and unable to pay its providers.

“The NHIA is at a stage where one will say it’s almost bankrupt; in that we have no reserves and we owe people so much. And this has come about because we have increased our membership so much but we have not increased the funding appropriately.”

Dr. Samuel Annor explained that “the reserves we had probably at the close of 2009 is all gone because of increment in membership drive. So now there are no reserves.” He also attributed the scheme’s inability to pay its service providers to the depletion of the reserves. “If there were reserves of course we would called on the reserves to pay the service providers. “Apart from not having a drive, we owe people so much. So this Scheme certainly cannot be said to be in a very stable condition”.

The Scheme owes service providers to the tune of GHC1.2billion. The Chamber of Pharmacy Ghana and the Christian Health Association of Ghana (CHAG) early this month threatened to boycott services to the scheme over the debt.

Obviously reacting to Dr Anor’s startling revelation, President Akufo-Addo told his audience in Belgium that, his government can only clear the Scheme’s debt in 2019 by which time, the country will be preparing for another election in 2020.

Still blaming the previous Mahama administration, the President said “The scheme has been threatened by mismanagement and by huge indebtedness. We are now, having to liquidate systematically the arrears so that the service providers can be encouraged to provide services for NHIS card holders.”