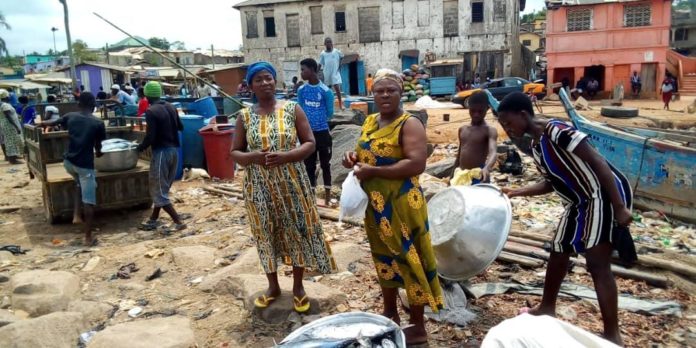 Fishmongers in Dixcove in the Ahanta-West Municipality, a fishing community, have expressed their concerns about the small quantity of fish being harvested by fishers in the sea.

According to them, fishers have to bear the extra cost of fishing, which had a rippling effect on the price of fish.

A group of fishmongers expressed the sentiments in an interview with the Ghana News Agency on the shores of Dixcove.

The fishmongers said July to September was the bumper catch season but the situation was far different this year as fishers were not bringing enough fish from their fishing expeditions.

The fishmongers attributed the situation to illegal fishing activities in the sea such as light fishing, industrial pair trawling fishing, fishing with small mesh size among others.

According to the fishmongers, the situation had threatened their livelihoods as fishing was the major occupation in the area.

They, however, appealed to the Fisheries Commission and the government to take immediate steps to address the situation.

Fishers Urged To Desist From Engaging In Illegal Fishing