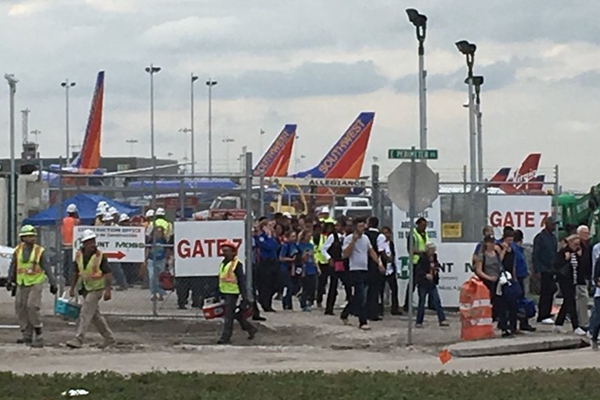 Travelers and airport workers are evacuated out of the terminal after airport shooting at Fort Lauderdale-Hollywood International Airport in Florida, U.S., January 6, 2017. [Photo/Xinhua]

A shooting has killed five people and injured eight inside the Fort Lauderdale-Hollywood airport in the U.S. state of Florida Friday, local police said.

It has tweeted earlier that one suspect had been taken into custody.

Multiple news outlets have reported that the suspect had been identified as Esteban Santiago, a New Jersey man with a military ID.

CNN cited Broward County Mayor Barbara Sharief as saying that there’s no evidence that the suspect had accomplices and local authorities are looking into the motive of the attack.

Photos and videos taken at the site suggested that the incident took place at the baggage claim section of a terminal.