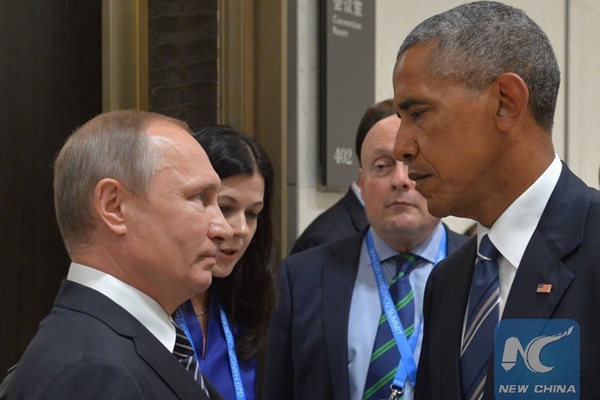 The U.S. intelligence released a report on Friday, making public its assessment of alleged Russia’s interference in the U.S. presidential election last year.

“We assess Russian President Vladimir Putin ordered an influence campaign in 2016 aimed at the U.S. presidential election,” the report said, adding that Moscow’s goals were to undermine public faith in the U.S. democratic process.

“We further assess Putin and the Russian Government developed a clear preference for President-elect Trump,” it said. “We have high confidence in these judgments.”

The report said Moscow’s action was part of its “longstanding desire to undermine the U.S.-led liberal democratic order” , and demonstrated a “significant escalation in directness, level of activity, and scope of effort.”

The report is the declassified version of a comprehensive intelligence report that U.S. President Barack Obama directed the intelligence community to conduct on Dec. 9, 2016.

Trump has repeatedly refused to accept the findings that Russia has intervened in the 2016 presidential election. He quoted WikiLeaks founder Julian Assange this week to voice new doubt about the hacking claim made by U.S. intelligence agencies. The Russian government has also denied the accusations.

On Friday, Trump met with chiefs of intelligence agencies in New York to be briefed on alleged Russia cyber attacks against the United States.

Following the meeting, Trump said the alleged hacking activities had no impact on the election results and he didn’t directly acknowledge Moscow’s responsibility.

However, Trump added that he had a “constructive meeting” with the top intelligence officials, and he had “tremendous respect” for the work of the intelligence community.

The President-elect also said he will appoint a team within 90 days to figure out ways to stop foreign hacking.

“Whether it is our government, organizations, associations or businesses we need to aggressively combat and stop cyberattacks,” he said.