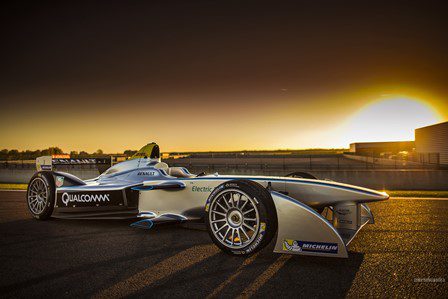 The format, which revolved around a rolling elimination, where the slowest driver is eliminated every 90 seconds after an initial six minute period caught a number of drivers off-guard, with at least three being eliminated while on a flying lap. In the third qualifying session, there were just two drivers on the track for the last five minutes – Mercedes drivers Lewis Hamilton and Nico Rosberg – but after Hamilton posted a course record time, both drivers pulled into the pits with three minutes remaining, leaving fans underwhelmed and leaving with time still on the clock.

Mercedes boss Toto Wolff said while the idea was novel, he was glad that it only took one disastrous showing to force a change.

“We wanted to improve the show and we went in the wrong direction,” he said after the meeting on Sunday, “(Changing it back) shows there is common sense in F1.”

Wolff added that while F1 Commercial boss and concept inventor Bernie Ecclestone was not “happy” about the decision to revert to the previous format, he understood the decision of the team bosses.

“(Eccleston) agreed to it,” Wolff said, “I spoke to him and he sees it was the wrong decision.”

“You can’t blame anybody because we really tried to optimize the show and we got it wrong.

Meanwhile Red Bull Racing boss Christian Horner said while the format was created with the “best intentions”, the F1 should have heeded the number of warnings and complaints before the season began.

“It was done with the best intentions, to try to shuffle the grid around and create more excitement and to help the promoters, and unfortunately that didn’t happen,” Horner said.
“We gave it a go. The responsible thing has happened, the teams collectively have agreed it didn’t work and to go back with immediate effect.”

Following Saturday’s qualifying, drivers Lewis Hamilton and Sebastian Vettel both lashed out at the new format, with Vettel even joking that he had “time to get changed” before facing the press, while Hamilton said the drivers and team engineers had been vocal about the change during testing.

“We said at the beginning it wasn’t the right way but you can’t knock it until you try it. All the engineers were right,” he said.

The qualifying format will be reverted to the previous rules for the Bahrain Grand Prix, to take place between April 1 and April 3. Enditem

Stakeholders to Discuss Positioning Africa in the Global Tech Race

Stakeholders To Improve Food And Nutrition Security In Ghana