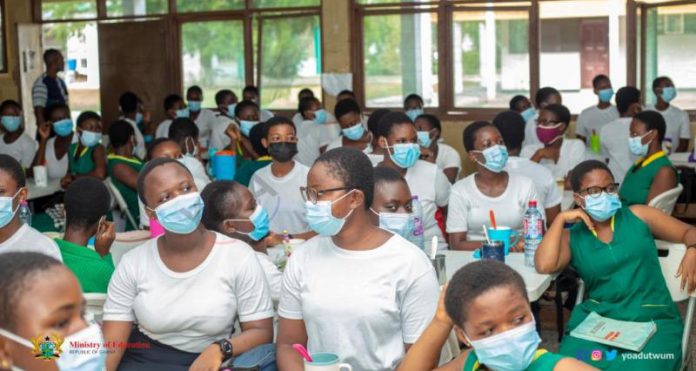 He said that had reduced burdens on most poor parents and guardians who could not afford to cater for the needs of their wards.

He called on the people to support the government’s free Education policy by sending their children to school to help the developmental projects to be envisaged through the country.

He appealed to the youth to take their lessons seriously to become good future leaders.

Barima okekerebese Asiedu II who chaired the function also appealed for an additional Senior High School at Coaltar since Ayensuano district had only one SHS.

He also appealed for the construction of a fire station, Toilet facilities, Hospital and a complex market and other projects that would provide more revenue for the Assembly.

The new District chief Executive for Ayensuano District Madam Josephine Owusu Ansah Indoom called for unity among the chiefs the people and the assembly members to enable her to complete all ongoing developmental projects, especially the completion of the 37-kilometer road from Akura fitaa through Adoagyiri to Coaltar and Owarum.