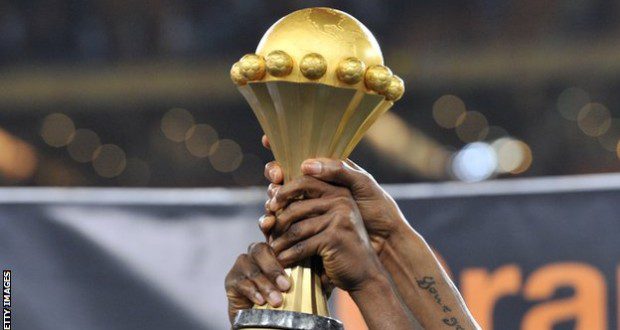 The Public Health Physicians Association of Ghana has urged government to decline hosting the African Cup of Nations (AFCON) 2015 tournament in line with its Ebola preventive stance of the discouragement of mass gatherings.

It further urged President John Mahama to prevail on the organizers to put off the football tournament so that no African country was put at unnecessary risk.

A statement issued on Monday in the name of Dr Atsu Seake-Kwawu, Secretary, and posted to the GNA, warned that backtracking could be risky as the human inflow was likely to introduce the Ebola virus into the country.

?We are of the informed opinion that, hosting a major soccer tournament like AFCON 2015 in Ghana in January 2015 will be an unwarranted risky undertaking with major negative consequences, which will not be worth the anticipated economic benefits,? the Statement said

It stressed that the group had a role as public health physicians to advise leadership on the public health implications of decisions or actions being considered.

When Morocco declined to host the AFCON 2015 tournament, indications that Ghana would pick up the opportunity was met by droves of corporate and individual warnings of the dire consequences because of the spread of Ebola in the West African region.

The statement explained that ?the disease spreads through direct or indirect contact with body fluids of an infected person? and that at this point in time, ?it is not clear how many more cases will occur over the length of time before the number of new infections begins to fall, indicating the outbreak is abating?.

It added that ?the possibility of spread to Ghana is, therefore, increasing daily for as long as new cases are not reducing in the affected countries.

The statement said against the backdrop of the current unprecedented cholera outbreak, ?whose early signs were glaring? but yet countering it was problematic, it would be unwise to host the AFCON 2015.

It observed that ?as a society, we have at many times, not chosen to consider health implications of our actions and inaction?.

The statement said ?Africa massed together, including people from Sierra Leone, Liberia and Guinea; (the most Ebola endemic states) cannot be a safe undertaking when the Ebola epidemic has not abated?.

It said ?WHO is projecting 10,000 new cases soon, which implies the disease is running faster than current worldwide capacity to deal with it.

So therefore, it continued, ?even if people from other countries are screened and they test negative, they could later become sick during the duration of the tournament as the incubation period for Ebola Virus Disease is 2 to 21 days?.

The Statement said within the usual three weeks duration of the tournament, ?people who were incubating the disease will have enough time to manifest symptoms, and begin transmitting the virus while in Ghana to others?.

He stressed ?such tournaments go with ‘high risk’ activities, such as group gathering, sexual exploitation by commercial sex workers, use of group toilet and urinal facilities (unhygienic even at best of times), challenges in waste disposal,? among others.

Furthermore, the statement said, ?there will certainly be influx of actual patients ‘fleeing’ from infected countries, seeking a safe haven in Ghana?.

?While the country may be able to deal with isolated case or two occurring at the same time, the opportunity for multiple ‘hot’ spots emanating from multiple exposures spread across the country will definitely overwhelm our capacity to deal with any eventuality,? it counselled.

It gave the scenario in Nigeria of one Ebola case arriving there and ?20 people contracted it and fell ill, of whom 8 died, and over 900 persons were followed up for 21 days? as a lesson for Ghana.

The statement said ?even if one case entered through the tournament, it could leave in its trail such a massive burden that can easily overwhelm our fragile health system and compromise our collective sense of safety and security?.

?Ghana can always host this tournament when normality prevails. And we are confident that as ECOWAS Chairman, President Mahama has the influence to ensure postponement of the tournament so that no other African country is put at unnecessary risk,? the statement concluded.