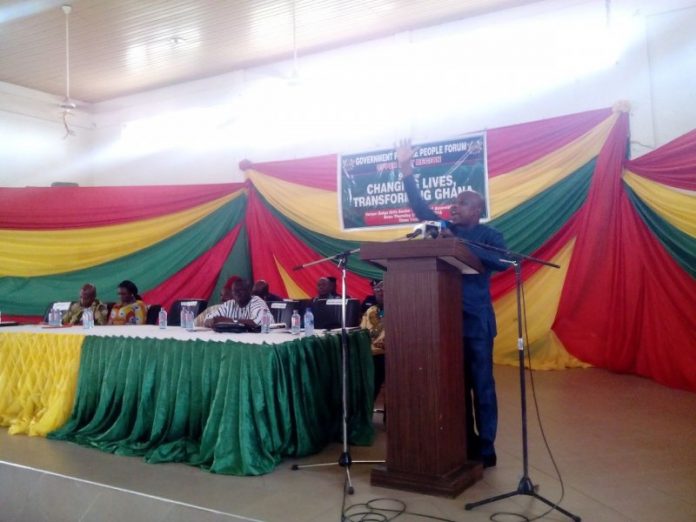 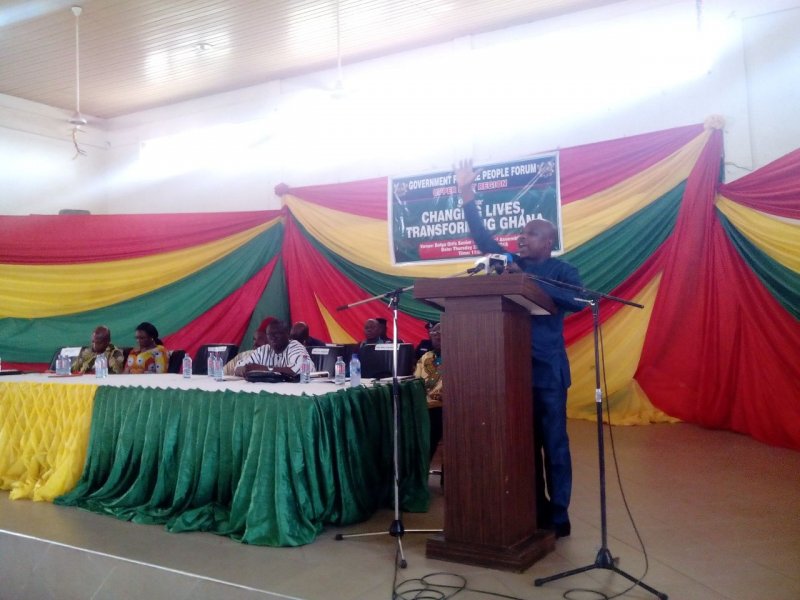 Ghana has installed surveillance equipment at its border posts to protect citizens from the globalised threat of cross-border terrorist attacks.

The Ministry of Interior disclosed this in Bolgatanga, Upper East regional capital, during a public symposium dubbed: “Government for the People Forum”. The forum, organised by the Ministry of Communications, is scheduled to run in series all through the 10 regions of the country.

It is a give-and-take platform, with live television cameras focused on proceedings, as ministers of state highlight government’s initiatives and achievements whilst the citizenry also interrogate them and provide feedback.

“The idea is that in an era where terrorism is staring us in the face, we need to beef up security and those are some of the measures that have been put in place,” the Deputy Minister of Interior, James Agalga, revealed.

The officers, according to the ministry, currently are being trained in weapon handling ahead of their border operations.

“President Mahama promised in his State of the Nation Address that a new bill was in his office and it was meant to replace the existing legislation, the Ghana Immigration Service Bill. As we speak, that bill has now become law thanks to His Excellency President John Mahama. Before the passage of that law, the Ghana Immigration Service performed the function of policing our borders literally with their bare hands. They didn’t have the power to carry arms.

“One of the good things about the new law is that the Border Patrol Unit of the Ghana Immigration Service is now entitled to carry firearms in order to protect us properly. They are the first line of defence and, so, there is a need for us to arm them. The law has been passed. We are in the process of training those who will carry those firearms. And very soon they will be deployed to the borders to protect us in ways that are acceptable,” the Deputy Interior Minister assured.

Public warned against fraudsters
About 3,000 youths are being targeted nationwide for recruitment into the various security services including the police, the immigration, the prisons and the fire services among others.

The arrangement, the Interior Ministry said, is to enable the security agencies fight crime more effectively. Whilst announcing this at the forum, the Deputy Interior Minister also cautioned the public against fraudsters who would always want to dupe those seeking enlistment into the security services.

“Not too long ago, the Police Administration advertised. This time around, in order to ensure that criminals do not take advantage of the recruitment exercise, we have decided to make it e-based. What this means is that qualified applicants must go to the internet and apply online. You do not need middlemen to support you to apply.

“The other security agencies will soon advertise. In all, we are looking to recruit about 3,000 youths into the security agencies. And, so, if somebody comes to you and demands for cash in order to aid you to go through the process, immediately you should know that the person is a criminal and wants to defraud you. I am sounding this word of caution because a lot of our youth in this region fell victim to the criminal action and behaviour of some unscrupulous individuals even when the service was not recruiting,” Mr. Agalga warned.

Angry public reacts
The public largely appreciated the opportunity the forum afforded them to interact with Central Government officials on a range of issues bothering them.

But some fumed about the delayed start to the programme. And they did not fail to express their dissatisfaction when they stood in a line to remark, to request, to rebuke and to recommend.

The programme, which was supposed to start at 11:00am, attracted a good number of people, including traditional chiefs, to the ground even before the ninth hour of the day, but it began around 1:00pm. And it was almost 4:00pm before the floor was opened to the public.

The Central Government delegation had flown from Accra, the national capital in the south, to Tamale, the north’s only city, barely on the morning of the forum. Then, they had to travel another 2-hour journey by road from Tamale to Bolgatanga.

An angry middle-aged man, taking his turn in front of a standing microphone, drew the delegation’s attention to a northern custom that strictly forbade traditional chiefs from being held outdoors till evening hours. He said there was no excuse for the delegation’s late appearance when the regional capital had conducive and secure hotels to have accommodated them latest about a day before the programme.

The public also raised issues about the region’s spate of armed robbery attacks, in what a participant described as a local form of terrorism, as well as the perennial delays in the release of feeding grants for second-cycle institutions and the in-terrible-state Bolgatanga-Bawku Highway among others in the region. Each of the sector ministers assured the public the issues raised were pragmatically and permanently being addressed.

The reactions were not limited to the ground only. Some, as they watched and listened to the live broadcast from homes and offices in the region, took to the social media to share their opinions. Reactions continued to trail the deliberations everywhere even after the forum had been brought to a close.

Instability in neighbouring countries calls for vigilance at borders – NCCE