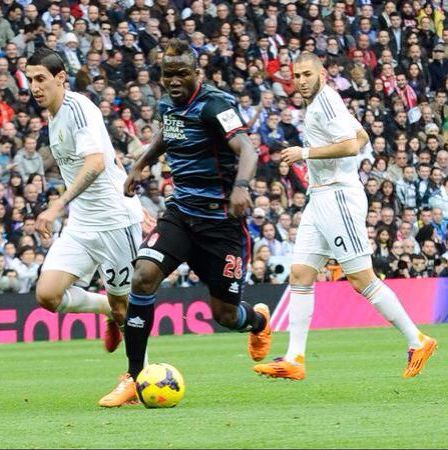 Granada is one win away from the group stage of the Europa League after a 2-0 win at home to Georgian side Locomotive Tbilisi in the third qualifying round on Thursday night.

The win came thanks to goals from winger Darwin Machis and veteran Jorge Molina, and means that Granada has won all four of its opening games this season, with two wins in La Liga and two in its first ever appearance in European competition.

The first half saw Granada in complete control of the game, although the visitors defended stoutly. When the home side had a sniff of goal, it was kept at bay by young goalkeeper Giorgi Mamardashvili.

The game changed three minutes into the second half when Machis took the ball at the edge of the Locomotive area and fired a dipping shot into the back of the net.

Ten minutes later, Giorgi Gabadze was sent off for a second yellow card. However, Granada didn’t guarantee its win until injury time, when Molina scored following a cross from Antonio Puertas.

The Spanish side, which has Chinese owners, now travel to Sweden to play Malmo for a place in the group stage of the tournament.

Appiatse victims to move into temporary structures on May 4