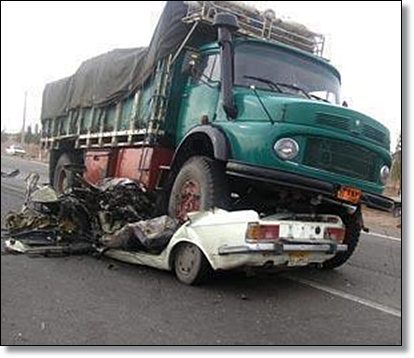 Society over the years has ignored the heart-breaking effects of countless preventable disasters that had taken precious lives that perhaps had dreams of contributing to the wellbeing of their families and the country. 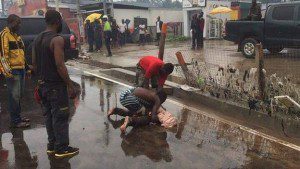 It was common knowledge that their demise caused their families trauma.

Ghanaians over a decade now have clothed themselves in attitude of much talk than acting on their discourse. We promise a lot of doing this and that to prevent a certain predicament to make life better yet follow the opposite.

Disasters around the country over the years have seen hundreds of valued lives lost with promises of “we would do this and that to prevent it next time,” nevertheless, we go to sleep, dream and forget about it the next day.

The June 3, 2015 disaster, would forever remain indelible in the minds of Ghanaians, especially those who have lost loved ones and properties.

With a night that started with heavy rain, which was a sign of blessing to Ghanaians and an answer to nurture seeds sowed on farmlands, it was least expected to end up as it did while innocent lives moves to and fro about their duties.

Per a rain that lasted many hours and deep into the night, many passengers who ply the local Trotro and apiece the circumstances could not afford a taxi, found shelter under a Goil filling station, at Kwame Nkrumah Circle, for at least until the rain ceases, so they can journey back home or to work.

However, their hopes and ambitions could not survive as the rain turned into floods mixed with storms that triggered a lit used cigar that fired the leaked fuel on top of the floods.

Witnesses said there were hopeless wailings and groaning and a fruitless attempt by victims for survival. But they died excruciatingly!

More than 150 lives were lost, with others injured including five houses together and the Goil Filling Station. The cost of the damaged was valued at GH? 1,658,847.00.

Relief items worth thousands of cedis were donated by government and good Samaritan individuals to appease the trauma and property lost to the floods.

A five-member committee was established to investigate the cause of the disaster and make appropriate recommendations.

The investigation disclosed that a lit cigarette from one Seth Kwesi Ofosi ignited the fire.

The leakage from the fuel filling station and floods at the Kwame Nkrumah Circle were found to be the remote causes of the disaster.

The committee recommended among others a comprehensive dredging of the Odaw drain, as well as a ban on the use of plastics as carrier bags, a standardised training, certification and licensing of filling station attendants.

It also suggested the creation of sanitation police, compulsory fitting of all commercial vehicles with refuse baskets or bins and equipping of disaster managers with the requisite tools to effectively handle disasters.

Nonetheless almost two years after these recommendations, the authorities are yet to implement its promises of “we would do it”! Plastics as carrier bags still chocks our tax-paid constructed gutters and producers of it are still very much in business.

The only step taken by the then Accra Metropolitan Chief Executive Boss, Alfred Okoe Vanderpuye, was to demolish the Sodom and Gomorrah slum believed to have contributed to the filth that choked major gutter around the disaster venue.

On December 22 last year, a gas explosion at the Louis Gas Station, behind the Ghana International Trade Fair Centre in La-Accra, caused more than nine deaths together with 42 injured.

An investigation, according to reports indicated that the inferno was triggered by ‘irresponsible human error’ of the operators of the gas tanker.

The gas tanker had missing bolts and nuts to keep the highly inflammable substance in check.

The Member of Parliament for La Dade Kotopon, Vincent Sowah Odotei was at the scene after the explosion and said those who have been injured have been sent to the hospital for medical care.

Former President John Dramani Mahama visited the victims at the hospital to comfort them while the State paid their hospital bills.

Gas explosions at both Kasoa and Dansoman in 2015 recorded two deaths with a number of others injured.

The current disaster to befall the country was the collapse of a school building in the Central Region that killed at least six pupils with numerous others incapacitated.

The children were all students of the Breman Jamera Methodist School, situated in the Odoben Brakwa District of the Region.
They were from four to five years old.

The children, according to reports, numbering 70, were in class for their classes when the tragedy occurred.

Authorities in the school said the condition of the block in question raised concerns but could not be repaired due to the lack of funds.

The PTA were informed, but according to the school authorities, their plea was ignored.

Chiefs and elders in the town had denied knowledge of the dilapidated block.

Education Minister, Dr Mathew Opoku Prempeh said government would pay for the cost of treatment and burial of the children and promised to facilitate works on the new school building.

The Ministry of Local Government and Rural Development ought to concentrate more on accounting at the District and Assembly levels in the various communities as a measure in preventing such disasters.

The Minister of Local Government and Rural Development, Hajia Alima Mahama during her vetting before Parliament said she would subject the District Assembly Fund to rigorous audit when she is given the nod.

Albeit this initiative is laudable, Hajia Mahama should endeavour to oblige district assembly authorities to take the welfare of their communities seriously by visiting rural and deprived schools and report cases of dilapidated buildings for renovation.

The local assembly including chiefs and elders should also endeavour to continue or bring back communal labour where personal and household hygiene were encouraged.

This in addition to the observance of the National Sanitation Day, would help prevent many clogged gutters in the
future.

Citizens ought to keep their plastic sachet water bags in their various bags and pockets and empty it in the dustbins should they arrive home from town rather than throwing it on the streets.

Education must extend to people who ignorantly dump household waste materials into street dustbins in the night to desist from such.

This habits cause the dustbins to surfeit thereby causing untidy environments that affect our gutters.

The law should be enforced to make sure filling stations and gas station in the country are located far from human communities as a safety measure.

The aftermath promises by authorities would not bring back valuables lives lost when disasters occurs. We must
prevent it!