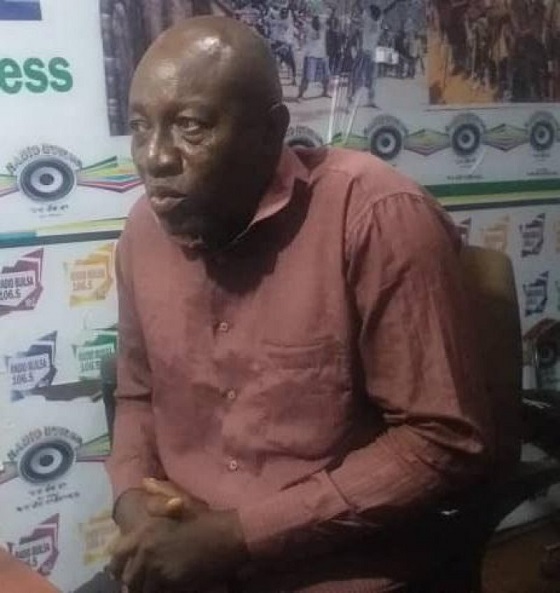 Mr Joseph Ransford Asuok, the Builsa North Parliamentary Candidate (PC) for the People’s National Convention is confident of victory in the December 7 polls.

“I am in a comfortable lead to Parliament,” he told the Ghana News Agency in an interview at Sandema, in the Builsa North District of the Upper East Region.

According to him, both the New Patriotic Party (NPP) and the National Democratic Congress (NDC) which are the dominant political parties in the Constituency had no vision for the youth of the area, “With the youth, I have promised and showcased that I want to put up Sport Academy in my Constituency.”

He said the Academy would assist the youth of the Constituency to improve on their sporting activities, and also help those who were not privileged to further their education, and were interested in sports, adding that the initiative would enable them identify their talents in sports.

“I am 55 years old and so riding in a V8 vehicle is not a priority. I will rather use the resources for the V8 to acquire more tractors for my people who are predominantly farmers to farm as early as possible at a subsidized price for them to earn a living,” the PC said.

Mr Asuok said he had arranged with a Company that was ready to venture into soya beans cultivation, saying “If women are empowered to cultivate well and get good yields and higher quantities, they will be given shea butter machines to improve on shea butter instead of selling the nuts.”

He said if given the nod to represent them in Parliament, no shea-nut in its row state would be sold in the market, but all would be turned into shea butter.

The PC said the PNC as a party was interested in the well-being of the citizenry, “If my people get to eat and earn a living, they will not have time for any politician. My people are interested in bread and butter issues not politics of insults and corruption.”

He said he was a man of the people and understood the needs of his Constituents, “That is why I say I am in a comfortable lead to Parliament.”

Mr Asuok started his working career with the Builsa North District Directorate of the Ghana Education Service (GES) as a Store Keeper.

As a General Certificate of Education (GCE) Ordinary level Certificate holder, the PNC PC rose through the ranks to become a Supply Chain Officer with the GES, and is married with five children.

He hails from Awususi-Yeri, a Community in the Builsa North Constituency and has been a two-term Assembly member.

Mr Asuok would face Mr James Maurice Abakisi of the NPP, Mr Simon Gibson Achavuusum Anuegabey, an Independent Candidate and Mr James Agalga of the NDC, who is also the incumbent MP for the area.