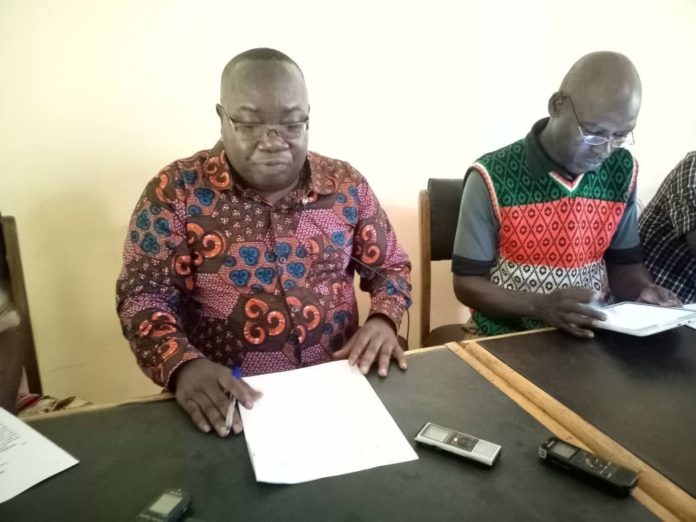 Dr Mark Kurt Nawane, the Member of Parliament for the Nabdam Constituency has refuted claims that the 10-bed emergency ward with a Theatre attached at the Nabdam Health entre was built by the New Patriotic Party (NPP) government.

It would be recalled that a few days ago, Vice President Alhaji Dr Mahamudu Bawumia at a town hall meeting launched the NPP infrastructure tracker which indicated that the government had built an emergency ward at the Nabdam Health Centre.

Reacting to the infrastructure tracker by the government at a News conference organized at Nangodi, the MP who is also the Parliamentary Candidate for the area on the ticket of the National Democratic Congress (NDC) described the action of the NPP as “false and a distortion of facts.”

Dr Nawane explained that the said emergency ward was built and commissioned using his share of the common fund in 2018, at a cost of about GHC230, 000.00.

A visit to the project by journalists revealed that the emergency ward was bossed with the name of the MP, his share of the common fund and the year of commissioning.

“For the purpose of records, we wish to state unequivocally and without mincing words that the emergency ward at Nangodi was put up by the MP for Nabdam in 2018 with an amount of GHC230,000.00. This is common knowledge to even any ordinary citizen in Nabdam, including; every rational NPP party faithful,” a statement read by Mr James Tenga, the Constituency Communications Officer of the Party on behalf of the MP said.

The MP, who is also a member of the Parliamentary Select Committee on Health said the infrastructure tracker noted that there was a one kilometer Kongo-Soe road under construction in the Nabdam Constituency but there was no such road in the area called, “Kongo-Soe”.

He indicated that Soe is in the Bongo District and the only road leading to Bongo-Soe from Kongo was to pass through the Kongo-Akayonga road but there was no construction work on that road.

“From the NPP manifesto, the Northern Development Authority was formed and an estimated $1million meant for each constituency was expected to be allocated for infrastructure for Poverty Eradication Projects, but there is nothing in terms of construction of infrastructure on health in the Nabdam Constituency”, he said.