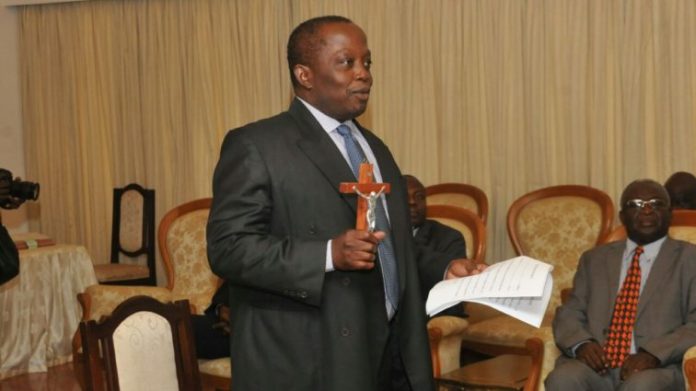 News was rife on December 24, 2016 that Mr. Domelevo had stormed out of Ghana to swerve a purported swearing-in ceremony at the Flagstaff House.

Mr. Domelevo became one of the last-gasp appointees of outgoing President Mahama on Friday, December 30, 2016. After his swearing in at the seat of government he debunked the controversy which surrounded his appointment.

“When the appointment was given me, I thought I had to go back to my previous employers,” he told journalists after sealing his appointment.

“I was with the World Bank. It was not good for them to see on news that I have been appointed so I sought permission to go back before I come in and accepted.”

According to the 55-year-old Auditor-General, there is nothing wrong with the timing of his appointment.

“I don’t think there will be any problems. One of the things about the Auditor-General is his independence. And so if one administration should appoint you for you to work with another administration, it guarantees your independence better.

“I would have wished that the country can even adopt this, that, anytime there is an outgoing administration they appoint an Auditor-General so he is not under the influence of the one who appointed him and he owes no allegiance to the one who comes in. So I think we should thank God for this time.”