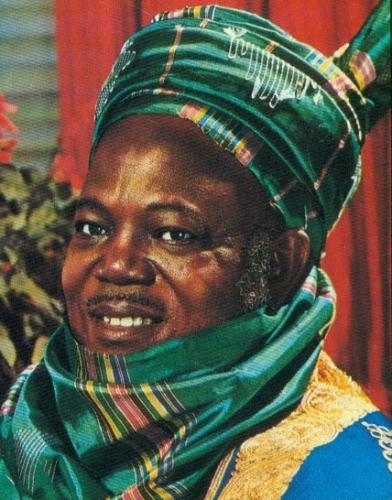 The recent quit notice issued by the Arewa Youths to the Igbo (or rather the “South-Easterners”) residing in Northern Nigeria has provoked peppering opinions. But there is a cogent reason to take it easy on the innocent youths. They are plainly the victims of gross distortion of national history that began during the civil war but is today causing more harm than any good intended.
First and foremost, the provocative quit notice would not have come to pass if the Arewa youths had any clue that the South-South zone, the thin thread that currently holds Nigeria together, boasts of many parts of Igboland, including such big cities as Asaba and Port-Harcourt (formerly Iguocha). The gullible youths were basically acting the script of the government of the day that is crudely attempting to re-write the history to decree the Igbo nation merely as the “landlocked” Southeast political zone—as if the Hausa-Fulani people are limited to the Northwest political zone.
Instead of inundating the polity with bogus threats of arrests, the government might as well make hay of the ignorant proclamation by the Arewa Youths to educate the younger generation the true Nigerian history. The true history will teach them that, besides the Southeast, there is a large natural Igbo settlement in the North Central and South-South zones. The gained knowledge can help them to come to terms with the objective fact that Ohaneze Ndigbo, the apex Igbo socio-cultural group in Nigeria, for example, is historically constituted and led by the native Igbo from seven states, including Delta and Rivers States.
The most nauseating duplicity, however, is that the Igbo political leadership aids and abets the federal plot to marginalize the Igbo nation squarely to the Southeast. Notice, for instance, how they succumbed to ensure that all consultations with the federal government since the quit notice were limited to the ‘red caps’ from the Southeast. But the raison d’être is not difficult to fathom. Such errant politicians are the prime beneficiaries of the Nigerian corrupt enterprise and thus afraid that perceived opposition to the federal conspiracy could draw the ire of the anti-corruption agency against them. The following but dizzying claim by the Igbo governor of Delta State, Ifeanyichukwu Okowa, adequately tells this story.

“Biafra agitation, we criticize it. Anioma land as it is said, was part of Bendel State; we were part of the Midwest State, we have not been part of the South East. So obviously, we cannot be said to be part of them (Biafra). We may speak a similar language, but we are not part of the South East. We were part of the Mid-West, now we are Deltans.”  Hmmm…
Okowa’s statement is not only furiously spacious but also grossly grotesque. This explains why it is imperative to educate the governor along with the Arewa youths by exhuming here the tragic history that Chukwuma Nzeogwu, the leader of the coup cited by the Arewa youths as the ringing reason for the deep hatred on the Igbo, and the very man most closely linked with the death of the political totem of the North in Ahmadu Bello, is not from the Igbo Southeast—but from the Igbo South-South in the present Delta State where Okowa himself is the governor. Needless to remind the moronic governor that the “Midwest” location of his “Anioma land” did not prevent the federal side from inflicting the most gruesome genocide of the war in the area. The Igbo was the Igbo then and still today. Thus, the long-standing scape-goating of the Southeast Igbo based on the Biafran experience is a paradox.
All these go without saying that the ongoing propaganda by the federal authorities to isolate the current Biafran agitation to the Southeast is a serious security gamble. The truth is that the Biafran struggle has never been a solely Southeast affair. Besides millions of Igbo South-South people, including Nzeogwu, the non-Igbo from the South-South zone naturally played or have continued to play important roles. The government must recognize that mere lies are not sufficient to dampen the stake of millions of ordinary South-South people who subscribe to the Biafran cause, including the likes of the spunky Ijaw High Chief Asari Dokubo.
It is no wonder, therefore, that the Coalition of Niger Delta Agitators swiftly responded to the quit notice given to the Igbo by issuing their own quit notice to the Northerners living in the South-South zone. Although the government is, interestingly, doing its best to undercut the Niger Delta threat, such counter ultimatum from the Niger Delta youths is whistling reminder that the attempt to separate the Igbo Southeast from their kith and kin in the South-South in the current crisis is gibberish.
Vladimir Lenin famously said that, “A lie told often enough becomes the truth”, which is sadly true. But a nation built on a cacophony of lies is a sizzling time bomb. Perhaps one can grasp the idea of implementing a divide and conquer policy—glossed with false history—to end the civil war. But to continue to peddle such fallacy as facts in the present-day Nigeria is a poisoned chalice.
Often said is that the younger generation from the East did not experience the war and thus ought to shut up. But that admonition is mistaken. The harsh economic condition and the obvious lack of equity in the land, which is attributed to the Biafra, have combined to push the Eastern youths to dig deeper in their research on the war. They are finding the bitter truth. They have found a pattern of state conspiracy to obliterate their history, which has become synonymous with Biafra. They are angry and rightly so.
They are angry at the mean-spirited strategies adopted by successive governments to undermine development and job opportunities in the East—from the Abandoned Property saga, man-made landlocking of the Southeast, and lack of viable seaports and international airports in the region. These Eastern youths are perplexed why the tribes in the entire South are being balkanized into hostile units while any semblance of bond in the Northern Region is religiously guarded.
Their findings thus far are right on the nose but obliquely incomplete. A further study will reveal to the Eastern youths that their worst enemy are the local politicians who connive with federal authorities against the region. Similarly, instead of targeting the Igbo who have contributed immensely in the development of the North, the true enemy of the Arewa youths are the Northern politicians who have for several decades hoarded political power as well as huge individual wealth; yet their region is the most impoverished in the country.
Clearly, both the Northern and the Eastern youths have a common enemy in the political elites. Therefore, instead of divisive rhetoric and vile hatred, the posterity beckons on the Nigerian masses—from east, north and west—to unite and explore democratic ways of ousting the corrupt oligarchy that has continued to cling onto power through mass deceit. True.

Secession: If The East Goes, The West Won’t Go!