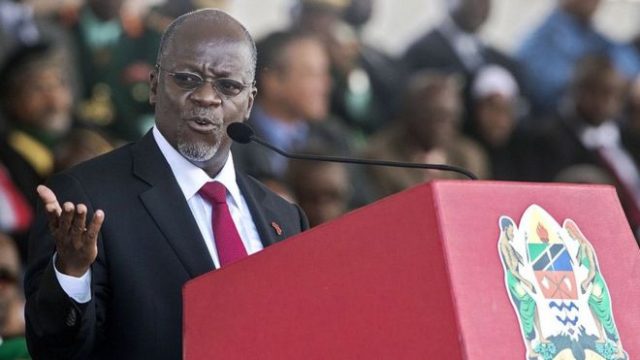 The Executive Board of the International Monetary Fund today completed the sixth review of Tanzania’s economic performance under the program supported by the Policy Support Instrument (PSI).

In completing the review, the Board approved the authorities’ request for a six-month extension of the current PSI arrangement and granted a waiver for the nonobservance of the end-December 2016 assessment criterion on tax revenues because the slippage was minor. The PSI program has been instrumental for Tanzania in sustaining macroeconomic stability. It is against this background that the extension was approved from July 2017 to January 2018 to cover the period of negotiations for a successor PSI.

The PSI for Tanzania was approved by the Board on July 16, 2014. Tanzania’s program under the PSI aims at maintaining macroeconomic stability and promoting a more equitable growth. The program supports the authorities’ objectives on reforms to strengthen public finance management practices, improve efficiency and transparency of public spending, and enhance revenue mobilization. Through these efforts, the program aims to provide the fiscal space to allow for infrastructure and priority social spending.

“Tanzania’s performance under the Policy Support Instrument has been satisfactory, macroeconomic performance has been strong, and the medium-term outlook remains favorable. Going forward, continued sound macroeconomic policies and increased efforts to advance structural reforms will be essential to sustain macroeconomic stability and high economic growth, and deliver on the development agenda.

“Budget execution in 2016/17 faced challenges, mainly due to external financing shortfalls that led to low execution of capital spending and a tight liquidity situation. Recent efforts to step up external financing mobilization and ease the liquidity situation should help enhance budget implementation, avoid further accumulation of domestic payment arrears, and support credit to the private sector.

“The 2017/18 budget reaffirms the authorities’ objective of scaling up public investment while preserving fiscal sustainability. However, potentially overoptimistic revenue projections call for its prudent implementation, including by delaying some large projects until the availability of revenues is confirmed during the mid-year budget review. The authorities are committed to pursue further public financial management reforms, including strengthening commitment controls to limit the accumulation of new domestic payment arrears.

“Recent measures to loosen the monetary policy stance are appropriate given the benign inflation outlook and decelerating credit growth. Going forward, the duration and extent of monetary loosening should be coordinated with fiscal developments. Efforts to transition toward a forward-looking monetary policy framework should continue swiftly. Plans to foster credit standards and increase capital buffers are key initiatives to ensure the banking system’s soundness.

“To achieve the authorities’ development agenda and maintain high economic growth, sustained implementation of reforms, including to create a better and more predictable business environment, is critical.”