The Bibiani Divisional Command of the Ghana Police Service has arrested Kwadwo Kwaayie, aged 30 for allegedly cultivating large tracts of Indian Hemp at Sefwi Mmrewa in the Western Region. 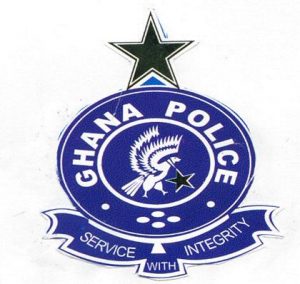 The Regional Police Public Relations Officer Olivia Adiku said the police was hinted on the illegal activity of the suspect who was then invited on October, 25 this year at about 1000hours after Police interrogation upon which he was arrested.

She said on the same day the Bibiani Divisional Commander Chief Superintendent Alex Wowolo, DSP V Akposu, Bekwai District Commander, ASP P Gbagbo, Divisional Crime Bibiani and 34 other ranks who were armed together with the suspect Kwadwo Kwaayie went to Sefwi Mmrewa where the suspect and the informant led the Police to the farm in the forest where they saw a large area of land covered with green plants suspected to be Indian Hemp.

The suspect also showed the team large quantity of dried leaves suspected to be Indian Hemp.

The Regional PRO said the farm was photographed together with the two sacks of fresh plants and a sack of dried leaves which was
retrieved.

The Divisional Commander then ordered for the destruction of the farm by cutting down the whole plantation which was gathered and burnt at 16.55 hours.

The Suspect Kwadwo Kwaayie is currently in police custody.
GNA/Newsghana.com.gh

Two remanded for illegally farming in a forest reserve