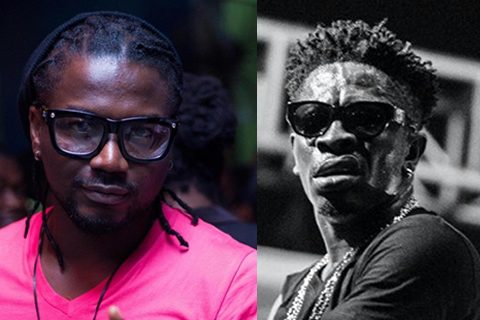 New publication in Graphic Online shows, this years VGMA will tell who the real Dancehall King in Ghana is.

Talking about Dancehall king nomination, the man at the moment, Shatta Wale has warned Charter House, organizers of the VGMA not to nominate him in this year’s competition. (READ HERE)

So then, if Shatta Wale wont be nominated, who will be the Dancehall King In Ghana?

Full article on Graphic Online below…….

Perhaps, there has not been any awards scheme in Ghana that has been a listening one as the Vodafone Ghana Music Awards (VGMA). Indeed one of the reasons why the VGMA has managed to remain relevant over the years has been its ability to adapt to changes.

Based on the feedback and advice from industry players and the general public, VGMA has made a few changes to this year?s edition of the awards.

A release from the organisers indicate that in recognition of the continually emerging new genres on the music scene, the board has finally succumbed to the desire of ?fans and created a category for Reggae/Dancehall Artiste of the Year.

This is one music genre that has undoubtedly become a favourite of many musicians and patrons. Previously, Reggae/Dancehall only had one place in the category of awards, which was the Reggae/Dancehall Song of the Year.

The Artiste(s) must have released a hit single/album in the year under review.

This category is expected to be one of the most fiercely contested this year with artistes such as Stonebwoy, Samini, MzVee, Kaakie, Blakk Rasta, etc being tipped to be top contenders for this award.

It is not certain who will emerge as the first Reggae/Dancehall Artiste of the year but one thing is certain, it?s going to be an interesting wait till April,11, 2015 when the final awards event comes off.

Another major change that has occurred is in the New Artiste of the Year category. This award, which recognises new and budding talent in the music industry is usually very keenly contested and as a result generates a lot of controversy as to who is actually a new artiste.

One can recall the story of Kumi Guitar who many thought did not deserve to be nominated as a new artiste in the 2014 edition of the VGMA?s. To minimize the usual controversy that surrounds this award the category has been re-defined to capture the very meaning of ?new? in relation to the Vodafone Ghana Music Awards.

The new category definition now reads, ?The New Artiste of the Year is the Artiste(s) adjudged by the Academy, Board and the General Public as the most promising and talented emerging artiste(s).

The award goes to a relatively new artiste(s) who released a single/album that FIRST shot the artiste (s) into the public limelight in the year under review.