Following the singles “Simple As ABC,” “SomeOne Loves Me,” and “Fa Me Kor,” the singer, songwriter, and the High-Level Supporter of United Nations High Commission on Refugees West African shows off her musicality with in Full Motion shot by the highly reputed company in Ghana FarmHouse Production.

The Video shot at the Centre of Accra speaks on a very important subject of forgiveness with an introspective offering that will transport you into her world of inspiration while ceremoniously mesmerizing us with her harmonically-rich vocals.

“Forgiving someone isn’t easy, but when you do, you liberate yourself,” eShun posted on her Instagram page @eShunonline.

In the accompanying music video, directed by Yao Bonaventure and Alvin Nii-Noi under the guidance of the legendary Ivan Quashigah, the multi-talented act is seen talking to people to forgive, later leading her into the space where she is seen dancing with them after they having forgiven and the look on their faces proved that the feeling was liberating indeed.

From one video release to the next, the Singer Songwriter and Performer is now in full motion after the release of her Reggae Visuals – Fa Me Kor which is doing very well 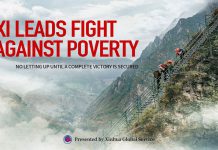 Africa Eye: Standing Among The Living