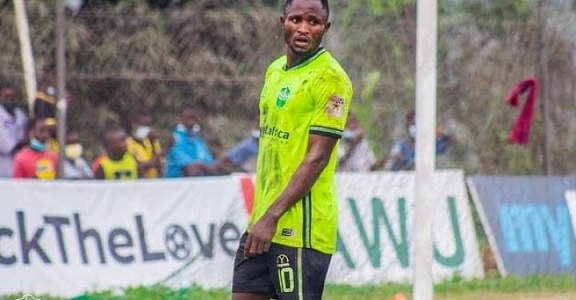 The 24-year old who joined Dreams FC this season from Accra Hearts of Oak is processing his visa to travel to Algeria to have his medicals to complete the signing.

Esso scored 10 league goals in 16 matches and won the NASCO Ghana Premier League Player of the month award in February.

He becomes the third player to move to the Algerian league this season following Daniel Lomotey and Kwame Opoku’s move to ES Setif and USM Algiers respectively.

The prolific striker was a member of the squad that qualified Ghana to the 2021 Africa Cup of Nations in Cameroon next year.

He was also a member of the Black Stars team that B finished runners-up at the 2019 WAFU Cup of Nations in 2019.

MC Algiers is currently occupying the 11th position on the Algerian Ligue 1 league table with 25 points after 16 matches.