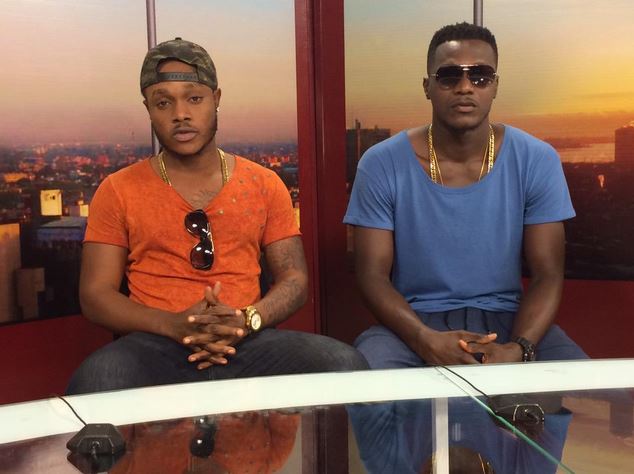 The dynamic group and hit makers of several hit songs in the country shared with us about how they met and came out with their stage name, their say on the just ended Vodafone Ghana Music Awards snub, upcoming singles with Sarkodie,Stonebwoy and Edem, most awaited visual for ?Diabetes? and their experience with their  former and current record labels.

According to the ?Aluguntugui? hit makers, Joshua and Andrew, they knew each other in Sekondi-Takoradi in the Central Region of Ghana before moving to Tema in Accra to pursue their solo music career. They later realized how effective they can be when they for a group, so the formed the group Keche. And before they arrived at their showbiz name ?Keche? which they describe as ?skills?, they tried several names such as ?Walter?, ?One?, etc.

Touching on their experience with the Spyder Lee Entertainment, their former label and current George Britton Recordz label, they disclosed that, Spyder laid more focus on their artistry than branding whereas GB combines the two.

Speaking about the 16th edition of Vodafone Ghana Music Awards snub after making a huge impact with their grand slam?Diabetes? which was released last year, the duo lamented that they were not fairly treated. According to them, their most popular singles ?Aluguntugui? and ?Sokode? were once nominated but were denied of the plaques so they are not even surprised with ?Diabetes? exclusion at this year?s awards ceremony. Nonetheless, they are working harder to grab award(s) at the right time.

They also revealed that, they have upcoming collaborations with some top local and international acts including their most anticipated singles with Sarkodie, Edem and Stonebwoy. Though they are trying to make it surprise collaborations, they assured fans to wait patiently.

Finally, the ?Pressure? hit makers shared their assessment of the Ghanaian music industry and experience at the 2015 Tigo Ghana Meets Naija mega concert which took place at the Accra International Conference Centre on May 23.