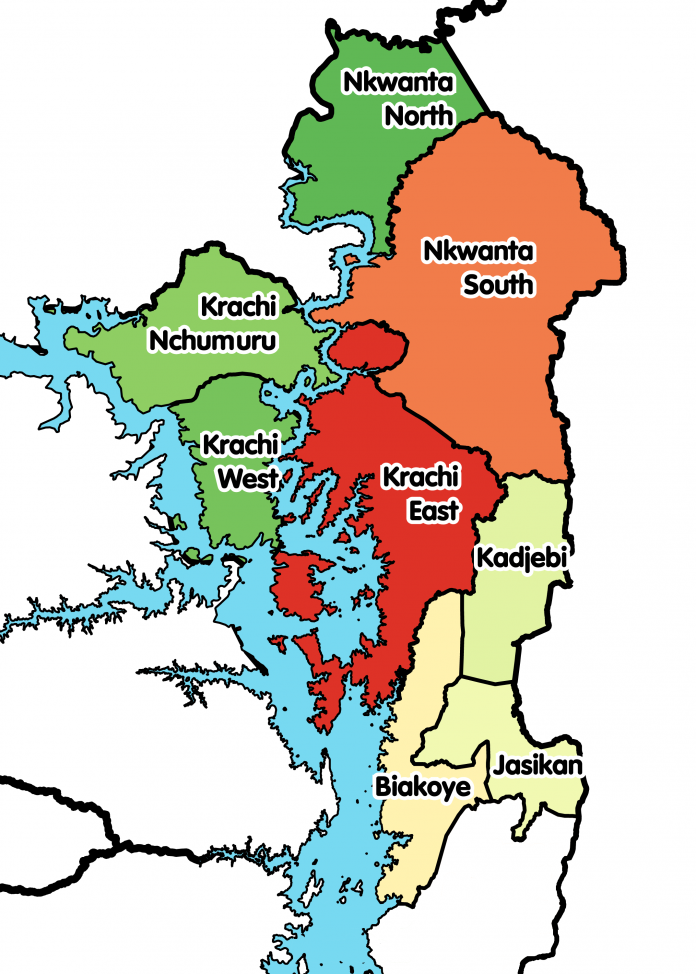 The Krachi West and Jasikan District Assemblies in the Oti Region have been upgraded to the status of Municipalities.

Mr Joshua Gmayenaam Makubu, the Oti Regional Minister, announced this when the Parliamentary Select Committee of Local Government and Rural Development paid a working visit to him at Oti Regional Coordinating Council (ORCC).

Jasikan District is one of the eight Districts of the Oti Region, formerly created as an ordinary district assembly on March 10, 1989, also established by Legislative Instrument(L.I) 1464, until the Western part of the district was cut-off to create Biakoye district on February 29, 2008.

The Regional Minister affirmed that both districts adequately qualify for a Municipal status taken into consideration their population among others.

He appealed to the Parliamentary Select Committee to factor the newly Municipalities into the report and working plan to give them the requisite development.

He said enough work was done to achieve this and thanked the government for the effort.

He expected inauguration by the close of the year.