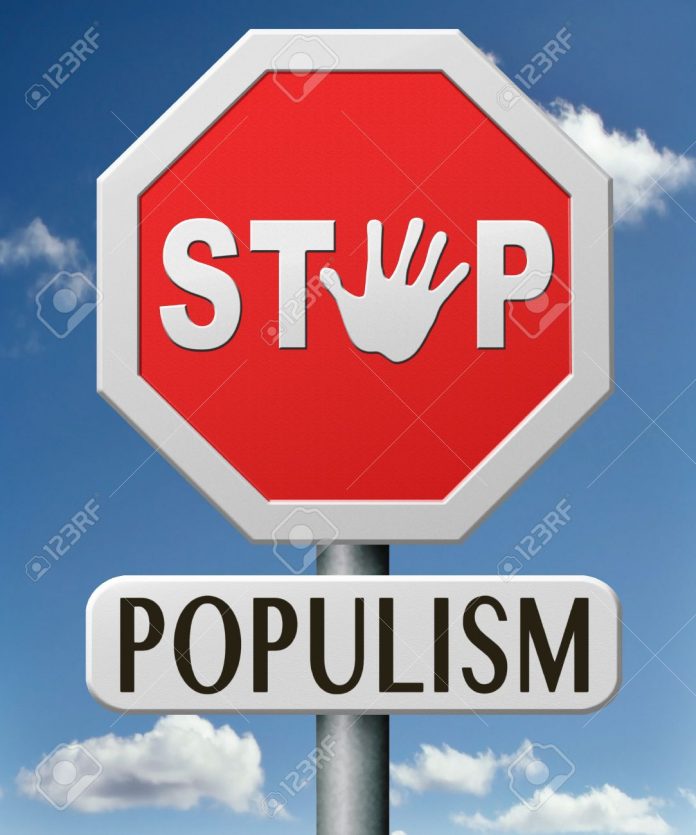 I read one or two pieces of news items on the Savelugu, Northern-Region, crisis before I came across Mr. Alhassan Andani Alhassan’s highly opinionated piece titled “Reassign Her or Risk Losing a Member in 2020!” (Modernghana.com 6/19/17).

I shall be addressing other aspects of this impasse which is absolutely none the least bit peculiar to either of the two major political parties in the country in due course. But for now, suffice it to critically observe, at least in passing, that it well appears that Mr. Alhassan’s adamant support for the Savelugu branch of the New Patriotic Party (NPP) youths protesting the appointment of Hajia Ayishetu Seidu as Municipal Chief Executive (MCE), by President Addo Dankwa Akufo-Addo, defies common sense and rationality, because it is primarily based more on “showdown politics” than the fact of whether the nominee is qualified for the job or not.

It is what in Shakespearean parlance may be termed as “Much Ado About Nothing.” And precisely because of the preceding reason, it is imperative for President Akufo-Addo to put his two feet on the ground and let these hooligans involved in such rowdy behavior, including the detention of a police officer, fully appreciate the fact that at least until late next year, when the proposed decision to have all local administrators – that is, MMDCEs – directly elected by the very people they are designated to serve, the constitutional mandate for the President of the Republic of Ghana to name his governance or administrative partners remains non-negotiable. In the case of Hajia Ayishetu Seidu, the subtext of vehement protest on the basis of sexism or gender discrimination is suavely and mischievously masked up as a “Stranger in our Neighborhood.”

For instance, in his largely unilateral or one-sided argument, Mr. Alhassan makes it quite clear that although the Savelugu MCE nominee has played a crucial role in the founding, development and success of the New Patriotic Party of “national dimensions” or proportions, nevertheless, the nominee for MCE still does not qualify for the job on grounds that she was not politicking in the Savelugu municipality in the lead-up to the 2016 general election. What clearly appears to rankle Mr. Alhassan, who has threatened to either abandon the New Patriotic Party altogether, or cast his ballot for the main opposition National Democratic Congress (NDC), come Election 2020, implicitly, is that Hajia Ayishetu Seidu stood in Accra “yelling ‘Kukurudu,’” within the earshot and eyesight of President Akufo-Addo, while the rest of the local party leadership did most of the heavy-lifting in the Savelugu municipality and its environs.

Now, what I find to be grotesquely strange about Mr. Alhassan’s logic is that even while the critic profoundly acknowledges Hajia Ayishetu Seidu’s massive, and mostly financial, contribution to the upkeep and well being of the party all across the land, nevertheless, the Savelugu MCE nominee is a total “’stranger’ who cannot lead [the] natives [of Savelugu].” Needless to say, no such line of reasoning could be more preposterous, if also because it presupposes that Savelugu is a much bigger political and electoral space than the Ghanaian Republic at large. I smell the malodorous scent of envy here, which is partly that, somehow, Hajia Ayishetu Seidu was leading a comfortable, and even a cozy, existence under the bright, big-city lights of Accra, while the rest of the Savelugu party operatives wallowed in Stygian darkness.

Then also, in the opinion of Mr. Alhassan, Hajia Ayishetu Seidu stands inexcusably guilty of courting the attention of President Akufo-Addo, whose very legitimacy cynical party operatives like Mr. Alhassan deem to be at best suspect. For this critic, therefore, although the Savelugu MCE nominee was born and bred in the Savelugu municipality, nevertheless, decades of domiciliary in Accra has effectively de-ethnicized or de-localized Hajia Ayishetu Seidu, as to render her virtually an alien from outerspace. What kind of asinine logic is this?

MTN Consolidates Its Leadership In The Telecoms Industry, Sweeps 10 Awards At 2021 GITTA Awards

“Chinese miracle” derives from the leadership of the CPC: Chief of Mexico’s Labor Party