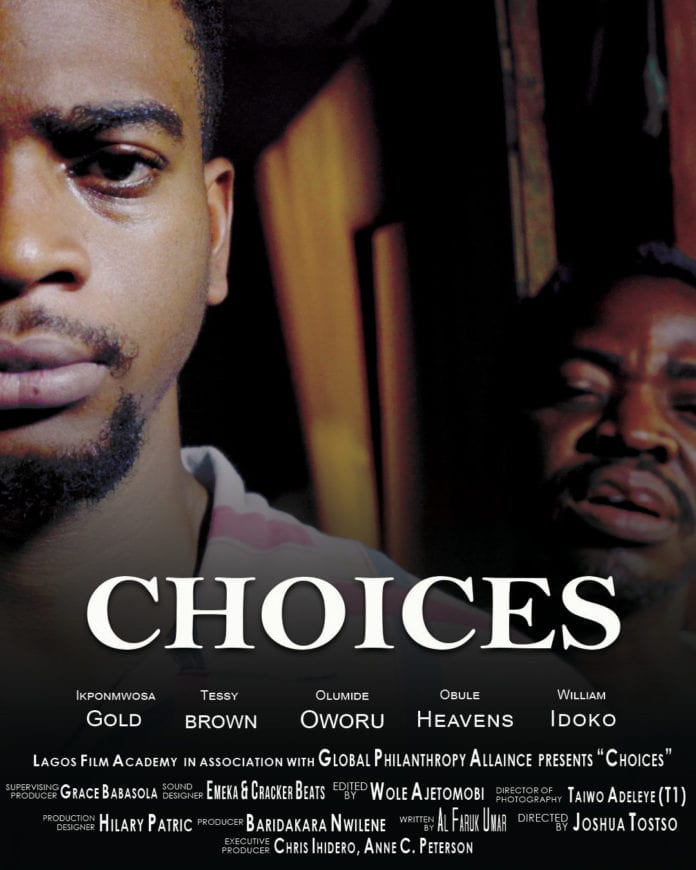 It will be recalled that through funding from the Global Philanthropy Alliance (GPA), LFA launched the third edition of its Film for Life Project in November 2018.

After nearly 600 applications, nine were selected in teams of a producer, director and writer and trained intensely at a bootcamp in the art of filmmaking.

Finally, Artistry Media, a team of three young aspiring filmmakers were selected and given the priceless opportunity to make a short film directed at impacting social change, themed in this edition, around the upcoming 2019 general elections in Nigeria. This is their first film, and eternal call card.

Choices tells the story of Tega, the only son and child of a family whose father Efe has over the years been a political thug and a mercenary who disrupts electoral processes. This year, Tega faces a critical choice that could change not just him and his family, but the entire community.

Choices will be premiered globally and digitally across a plethora of digital platforms at 12:00 (GMT) tomorrow, Saturday, 26th January 2019, three weeks to the Nigerian General Elections!

GPA calls for a holistic approach in managing Bipolar