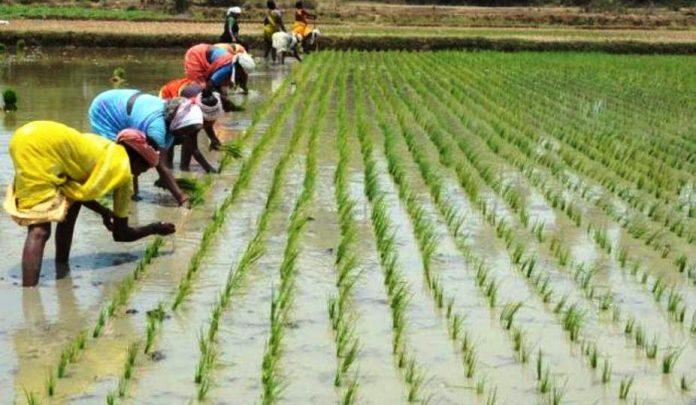 The Ministry of Food and Agriculture has introduced drought resistance and early maturing crop varieties to farmers in the Dormaa Central Municipality of Brong-Ahafo Region to help minimise the effect of climate change on farming activities in the area.

Mr Munkaila Jawad, the Municipal Director of MoFA, said this in an interview with the Ghana News Agency on Thursday at Dormaa-Ahenkro.

He said climate change has shortened rainfall patterns, caused bush fires, affected forest reserves and it has led to farming along river banks where farming is not supposed to be done and the indiscriminate felling of trees for charcoal burning.

“We have certain varieties that move beyond certain period or 120 days at a point in the maturing time if it doesn’t get rain”, he said.

Mr Jawad expressed optimism that the introduction of the early maturing varieties would help to address the phenomenon of erratic rainfall patterns that have contributed to post-harvest loses in the society.

He said his outfit took soil samples to conduct germination test with tomatoes and were now awaiting for the results from the Regional Office of MoFA in Sunyani.

On the Farmer’s Day celebration, Mr Jawad said farmers would be honoured on how they applied and adopted technology in farming.

He said both organic and inorganic fertilisers were being recommended to farmers, saying that two demonstration farms have been established at Dormaa-Ahenkro and Nsuhia in that regard to educate farmers to make an informed choice on the usage of the two fertilisers.

Let’s use Xmas to examine our spiritual life – Reverend